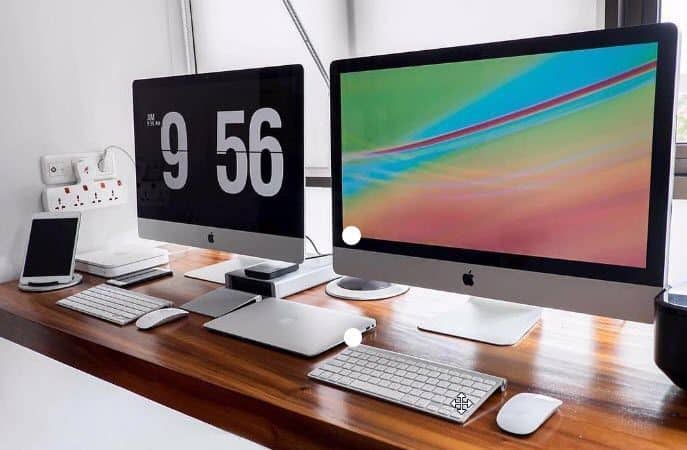 To start our article on the best screensavers for Windows 10, here’s an amusing fact. Screensavers were originally created to prevent the computer monitor from getting phosphor burn-in.

However, as time has passed, we have begun to use screen savers simply for the sake of having fun with their diversity and hues. While working on your computers, some screensavers for Windows 10 can be rather amusing and can serve as excellent stress relievers. Another reason screensavers are employed is the added security they provide.

If you walk away from your computer for a few minutes or longer, the screensavers will automatically appear, protecting any sensitive content that may be present on the screen. Passers-by will be unable to see the content on the screen in this manner. To create a sense of unity, several businesses use the same screen saver on all of their office computers.

Occasionally, the corporation will design these using its own logo. This reflects the company’s professionalism and also provides a sense of aesthetic to the office staff. Nonetheless, technology has advanced at a breakneck pace, and the need for screen savers has diminished dramatically.

Due to the introduction of energy-saving monitors, the feature has been removed from several operating systems. They’re still functional on screensavers for Windows 10! It’s important to be aware that downloading screensavers from the internet can expose your device to a virus risk.

How can you install the screensavers for Windows 10 PC?

Because screensavers for Windows 10 are no longer installed by default on Windows computers, you must know how to set them up. Right-click your mouse on your main desktop and select “Personalize” from the drop-down menu. After that, go to the Lock screen option and look for the screen saver settings. Screensavers can be customised in a variety of ways. You may set a timer for them to appear, as well as other options.

You must be familiar with the technique if you want to download any screensaver from the internet. Right-click on the screensaver you want to install and choose Install. This will save the downloaded file as an “exe” file with its own set of instructions to follow: We can get down to business now that we’ve covered the fundamentals of creating a screensaver, downloading one, and modifying its design.

The new Windows 10 screensaver has received ravelous feedback from users. Another Matrix is a programme designed exclusively for Windows users. You may be familiar with the concept of this screensaver if you have watched the film The Matrix, starring Keanu Reeves, which became immensely popular in the late 1990s. The screensaver features a green Matrix digital raindrop on a pitch-black background. This symbolises virtual reality’s encoded activity, i.e., the Matrix. By altering the speed of the virtual green rain or adding words and coded messages that will be progressively decoded on your screensaver, you may customise and personalise the screensaver.

You may have used the “Lumia Glance” on your phone if you were into the screensaver game. Modern Glance is a screen saver that works brilliantly as a replica of the original Lumia Glance. The best thing about Modern Glance is how easy it is to configure and how many features it contains. Appearance timer, background opacity, near-glance option, background source, and background effect are some of the options available (especially for Windows 10 users). Modern Glance is well worth a look because it is both free and fantastic! This screensaver is available for download from the Microsoft Store.

The electric sheep screensavers for Windows 10 is available for Linux, Windows, and Mac OS X users to download. It is compatible with both laptops and desktop PCs. However, I will only recommend it to you if you have adequate bandwidth and are always online. This screensaver takes substantially less time to download. You may track the download progress on the official website by pressing F2. F1 can be pressed for any type of support or assistance. The screensaver is a live wallpaper that features computer-generated pictures that are worth checking out. What’s more, electric sheep help prolong the life of your battery.

This screensaver is compatible with both Windows and Mac. It’s a dark clock themes screensaver that turns your device’s desktop or laptop into a flip clock. It gives off a certain vibe and elevates the appearance of your smartphone. The black flip clock has white digits on it. The clock is quite enormous, and you will be able to see it from quite a distance. Fliqlo has some nice features, such as the ability to enlarge or lower the size of this incredibly beautiful clock.

However, I believe that a greater size will look much better, but that is just my opinion! You can change the clock’s format from 12 to 24 hours. Fliqlo is available for free download from the company’s website and is compatible with Windows 95 and later. Keep in mind that an Adobe Flash Player plug-in is required for your laptop or computer.
Download Now

This is one of my personal favourites. The Dropclock 3 screensavers for Windows 10 has a great interface. It’s a strangely soothing Windows screensaver that tells the time. It’s not your typical clock or digital watch. Dropclock 3 is a screensaver with outstanding slow-moving effects and watery Helvetic digits. The time is displayed using Helvetic digits that descend into the water with high-definition 3D visual effects that make the screensaver appear realistic and appealing. If you have it set up on a computer with a huge screen, you will see how it has an astounding influence on anyone who looks at it.

Dog lovers are the most wonderful individuals on the planet, and they are entitled to the best doggo screensavers to keep them happy! The dog licking screensaver is incredibly adorable, and it shows a lovely little pug focused on licking all over your computer screen. This pug appears to be stuck on the opposite side of your computer screen, causing it to become foggy and moist from the inside. For a brief moment, it makes you feel like a pet owner. Unfortunately, the screensaver lacks sound effects, which may be beneficial to some users. The Dog licking screen screensaver is only accessible for Windows users; it is not available for Mac users.

If you were a tech-savvy person in the late 1990s or early 2000s, you would be familiar with the 3 D Pipes screensaver. When it comes to Windows computers, it’s a classic. Back in the day, this 3D animated screensaver was the default screensaver on some models. It has now gotten even better because these 3D pipes can now be customised! From the screensaver’s settings panel, you may alter the style of the pipes and the sort of joint they have. It will definitely transport you back in time and keep you entertained!

Astronomy Picture of the day

Screensavers with good content are hard to come by. If you’re looking for magnificent galaxy photographs to beautify your computer or laptop screens, astronomy and galaxy fans have the ones for you. The reason I praise the high-quality content is that Astronomy Picture Of The Day provides you with mind-blowing high-definition photos from NASA’s official website collection. These images are hypnotic, and they provide brief explanations from astronomers alongside the universal images.

This incredibly awesome space-themed screensaver, Hubble, is an alternative to the above-listed screensaver, Astronomy Picture of the Day. The Hubble, like the Matrix, is based on the documentary film Hubble 3D, which starred Leonardo Di Caprio and was released in 2010. This was an IMAX film with fantastic visual effects, which the audience adored. The images in the screensaver were acquired by the Hubble Space Telescope, which was also featured in the film. Hubble is available for download on both Windows and Mac computers for free. It will consume up to 4.14 MB of your device’s storage.

This, like 3D Pipes, is a screensaver that will transport you down memory lane and through your Windows experience. The concept behind this maze wallpaper is quite unique. It’s a first-person perspective of a real maze, complete with bizarre animation and shapes floating around. The background for this screensavers for Windows 10 can be altered in the settings, but nothing surpasses the original 3D maze wallpaper. The 3D maze can be downloaded for free.

These rainbow bubbles on your screen are so lovely that they seem unreal. The Helios screensaver’s pitch-black background and vivid neon purple bubbles provide much-needed brightness to your screen. The bubbles react and bounce off one another, making it a lot of fun to just sit there and watch it all happen. It’s stunning, and the atmosphere is enchanting. Helios is a well-made screensaver with plenty of modification options, including the ability to change the number of bubbles on the screen, the frame limit, and even the motion blur. Helios has received rave reviews from consumers, and it’s all for free!

For most of us, Lego toys were a highlight of our youth. Even the iconic Tetris games, which many of us may remember from our childhood, This screensaver is a mash-up of the two games, Lego and Tetris, to bring us the best of both worlds. This screensaver doubles as a low-key video game as well as a 3D graphic.

On the pitch-black screen, coloured blocks fall from above onto a green plateau, forming a Lego structure. You can specify the location where the block should land by using the arrow keys, space bar, and enter while the screensavers for Windows 10 is active. You could make a fun game out of this simple screensaver by attempting to fit as many blocks as possible on the plateau.