The Best Tools For Easy Packet Loss Test In 2021 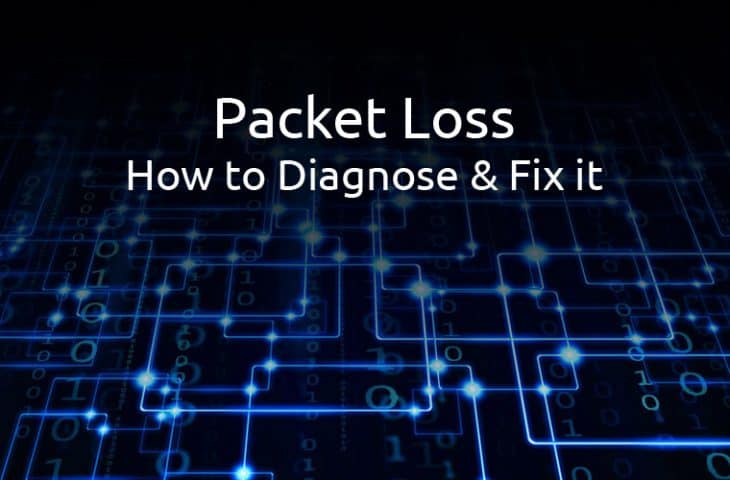 Are you looking for the Best Tools For Packet Loss Test in 2021? Every business requires a stable network connection. It’s unsurprising that people invest in high-quality internet connections and Wi-Fi while ensuring that their organizational operations run smoothly.

Despite this, you may encounter massive amounts of packet loss test is necessary, which can have a negative impact on your connectivity, application availability, and performance. As a result, frequent lags and decreased operational efficiency may occur.

As a result, understanding how to prevent or eliminate various types of packet loss associated with your internet connection, ping, or Wi-Fi is critical. A packet loss testing and monitoring solution is specifically designed to accomplish this.

I’ll introduce you to the concept of data packets, packet loss test, its consequences, and how you can monitor and resolve it to maintain a stable network in this article.

Data packets are smaller units of data that are transmitted over a network. Indeed, every activity on the internet is composed of packets, including web browsing, file downloads, and email transmissions. These units may make no sense on their own because they are fragments of a message being transmitted from a source to a destination that have been packaged into several layers.

However, when these individual packets of the overall message are combined, they become meaningful. During their journeys, packets pass through a variety of hubs, including fibre optics, copper cables, and wireless routers. When packets successfully arrive at their destination, they are time stamped.

What is packet loss test?

Packet loss occurs when one or more packets travelling over a network connection fail to arrive at their intended destination. This means that packets are “lost,” “delayed,” or “misplaced” within the hubs during transit. When a packet is delayed, it will eventually time out and be replaced by another.

And, in the absence of a replacement packet, the recipient will receive portions of the requested data or message incoherently, incomplete, flawed, or damaged. All packets will eventually arrive, but they will arrive late, resulting in poor network performance.

Packet loss can occur as a result of errors or issues with data transmission across a wireless network, or as a result of network congestion. The problems could be caused by faulty cables, insufficient bandwidth or hardware, software bugs, security threats, or overloaded devices, among others.

How can it impact your business?

Packet loss causes a slew of network issues, most notably in wireless and wide area networks (WANs). By and large, it reduces the bandwidth and speed of a network connection. Occasionally, packet loss degrades the performance of lag protocols or applications such as voice over IP, streaming video, and video conferencing.

Additionally, it may increase your CPU load to process the additional network overhead. Additionally, you may experience decreased download speeds and increased latencies and delays for real-time applications. Each of them will eventually result in decreased organizational efficiency, which will jeopardize your business.

However, with packet loss test, you can identify the causes of packet loss and resolve them before they negatively impact your business by compromising network performance, application availability, and so on. Therefore, let’s take a look at some of the best packet loss monitoring and packet loss test solutions that can help you avoid these problems. Packet Loss Test makes use of advanced WebRTC technology to allow you to check the latency, jitter, and packet loss of your internet access in your browser for FREE. These issues are caused by a variety of factors that you can easily identify and resolve using this simplest solution. It includes a conventional speed test that determines the latency and speed of your network.

While speed is critical for general web browsing, streaming video, and file downloads, it is less apparent for performance when more communicative tasks are involved. While tasks such as voice chat and gaming do not require increased bandwidth, they do require reliable and timely responses. Additionally, some programmes fail to resend information, resulting in packet loss.

They accomplish this through the use of WebRTC, which is a critical component of modern browsers. Without installing a complex tool, you can quickly test for packet loss using WebRTC. Rather than that, it is simple to use, requiring only the specification of packet sizes, frequency, duration, acceptable delay, server, and approximation to begin the test and view the results.

Using Paessler PRTG, determine the source of packet loss. The PRTG Ping Sensor is used to calculate the percentage of packets lost. The Quality of Service (QoS) Round Trip Sensor enables you to monitor the network in order to quantify and mitigate packet loss. It includes a Cisco IP SLA Sensor that monitors the device’s packet loss rate.

PRTG monitors the network traffic to your website and alerts you to load peaks. Additionally, it monitors the device’s performance in order to identify bottlenecks. You can use the Windows CPU Load and SNMP CPU Load Sensors to monitor the CPU and keep an eye on the hardware for any unexpected changes in the device’s readings. Additionally, you can detect software errors by creating an Event Log sensor that reads messages and software logs.

PRTG enables you to monitor all devices, applications, and traffic with a single monitoring tool and provides alerts in the event of any issues. Additionally, it assists you in achieving your goal of achieving 0% packet loss; as a result, you’ll have error-free and high-performance packets travelling through the network. Allow PRTG to maintain focus on the entire network with a 30-day free trial. You can also opt for paid plans starting at $1750 and gain access to additional sensors. SolarWinds can help you optimize your network’s performance by packet loss test. With this simple-to-use solution, you can quickly determine the source of the loss and resolve the issue. It develops VoIP and Network Quality Manager (VNQM) software that analyses the network conditions required for VoIP delivery. SolarWinds can retrieve call data from Cisco Unified or Avaya Aura Communications Managers, allowing you to quickly diagnose latency, call noise, and jitter issues.

You can quickly troubleshoot packet loss using metric monitoring and call data. This real-time packet monitoring tool enables you to quickly identify the cause, validate the solution, and quantify packet loss. Determine the root cause of all connection problems by tracking and analyzing the loss over a specified time period.

SolarWinds offers the PerfStack feature if you want a faster response. This feature enables you to correlate packet loss with a broader range of data in order to pinpoint the root cause more quickly. Additionally, SolarWinds integrates with VoIP statistics to provide real-time information about quality drops that could result in packet loss.

VNQM creates a dashboard that visualizes call paths in a graph, similar to how a car’s speedometer is designed. Additionally, the visualization is more precise as a result of the use of color-coded statuses to indicate the health of each path. 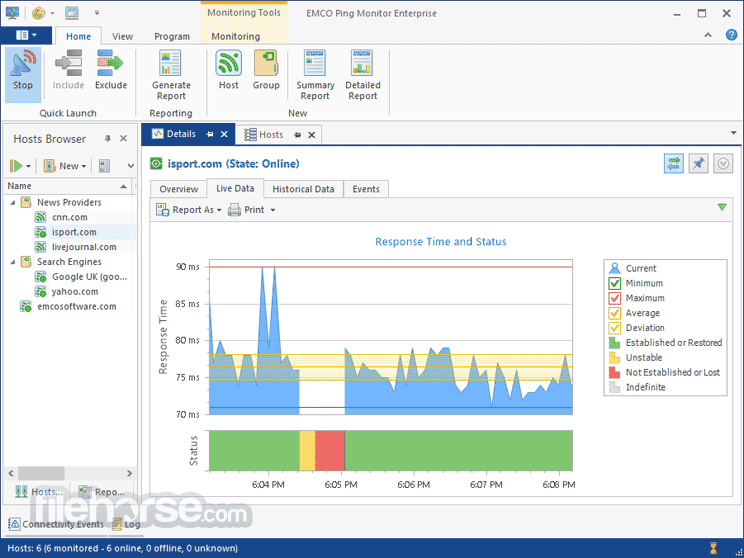 EMCO Ping Monitor enables you to monitor the quality of network connections and the up/down state of network devices. EMCO Ping Monitor accomplishes this by utilizing ICMP and estimating connection stability using jitter metrics, latency, and packet loss. With the packet loss test, you can obtain information about latency deviation, uptime percentage, average latency, and list of outages, among other things.

Ping Monitor enables you to quickly locate hosts with varying quality and state characteristics in order to obtain detailed information. Windows Tray, sound notifications, emails, and custom notifications are all supported by the software. Additionally, its integrated tools enable you to access reports and real-time data. Additionally, it can monitor 8000+ hosts with a precision of 0.01ms via a dedicated performance engine.

Using monitoring metrics, the connection quality is evaluated as a warning – good, critical, or bad. Customize the assessment criteria to meet your specific requirements for real-time, accurate results. The charts enable you to monitor the metrics that change over time. Each ping is stored, allowing you to view all pings on a chart and monitor their evolution.

Additionally, you can export the ping data and open it in another external tool for analysis. Create HTML and PDF reports of detailed statistics for saving, uploading to FTP, or sending via email. Compare editions before making a decision and choose the one that best meets your budget and requirements. You can choose between a free edition and a paid edition starting at $199.

Choose iPerf3 if you need a tool that can perform active metrics to achieve maximum frequency band on each IP network. It aids in the tuning of buffers, procedures (TCP, SCTP, UDP with IPv6 and Internet protocol), and timing parameters. It displays packet loss, bandwidth, as well as other parameters for each test.

Lawrence Berkeley National Laboratory/ESnet developed iPerf3 and released it under a three-clause BSD licence. It has a lot of features that help you keep track of everything. SCTP and TCP monitor bandwidth, report MTU/MSS sizes, track read sizes, and use socket buffers to support TCP window sizes.

UDP also has the ability to calculate packet loss and jitter metrics. Following the test, the server can also handle multiple connections. Setting target bandwidth for TCP and UDP, setting IPv6 flow label, getting output in JSON format, and many other features have been added to iPerf. You can also use this final packet loss test tool to determine the network’s speed limits and internet neutrality. 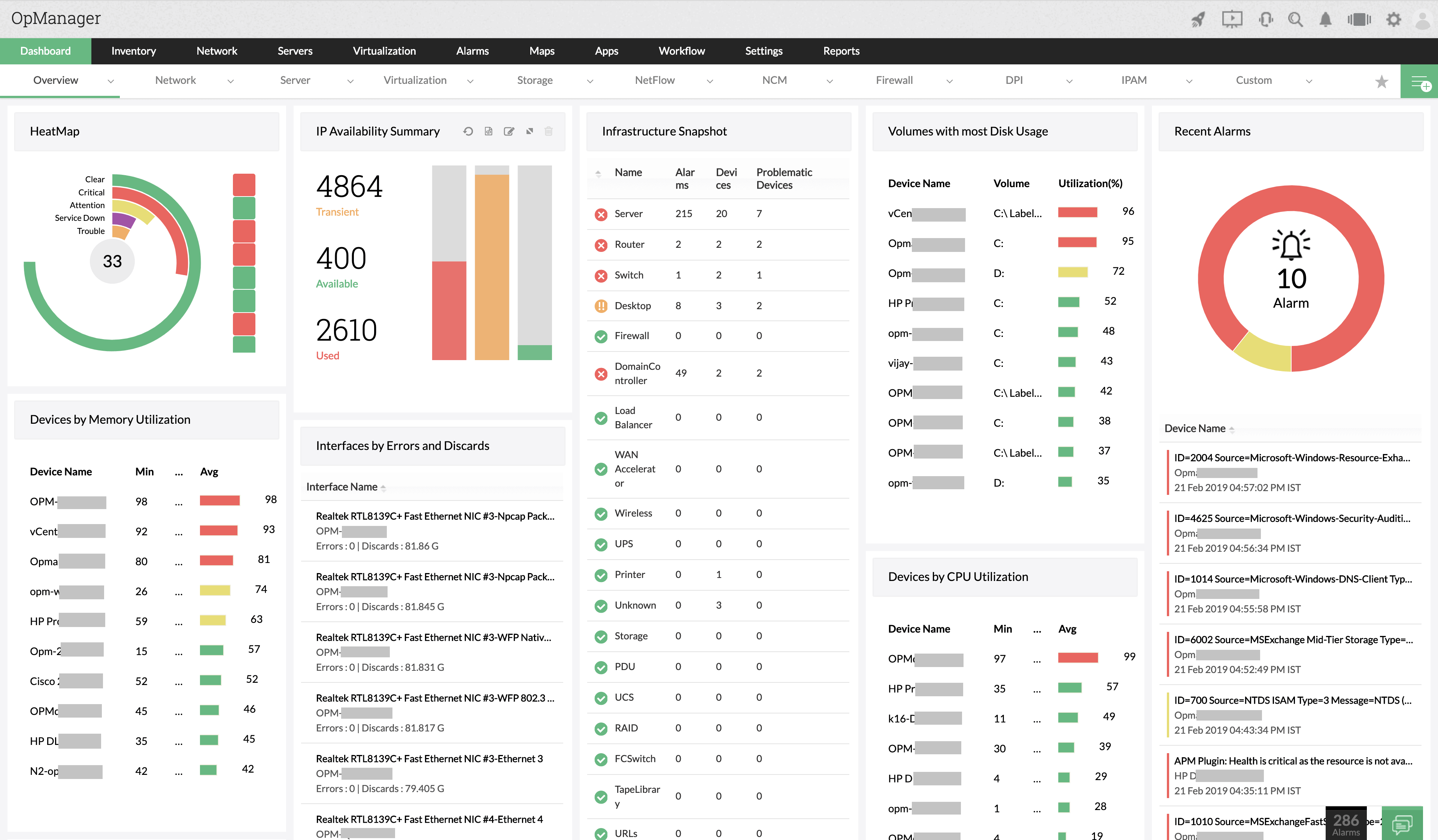 OpManager is a simple packet loss monitoring system that is simple to set up, operate, and use. It is adaptable to the diverse needs of a network monitoring administrator and includes a robust set of tools to help you effectively manage packet loss.

OpManager, a real-time pocket monitoring solution, has a mobile app for Android, iPad, and iPhone that allows you to continuously monitor packets and perform troubleshooting. You can also receive alarms and notifications and stay up to date on network availability, packet information, network performance, the list of connected devices, and the overall health of the IT infrastructure from anywhere.

Furthermore, the software allows you to customize the dashboard so that you can see all of the metrics on one screen. Another advantage of OpManager is that it has a highly scalable monitoring structure, and you can choose from a variety of add-ons to expand its capabilities. OpManager also has a transparent and cost-effective licencing model.

Network stability is critical in today’s digital age to ensure that your business operations run smoothly. Never let packet loss disrupt your workflow again by detecting and resolving the issues that cause it as soon as possible with the packet loss surveillance and packet loss test remedies we just discussed. 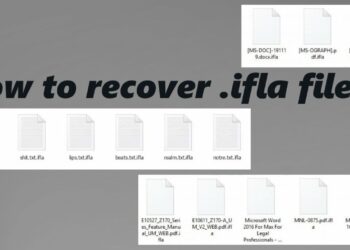 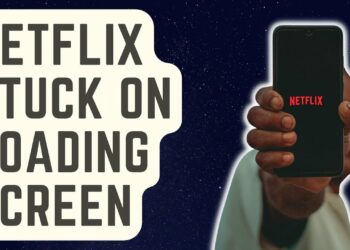