Are you searching for the best Music Apps For Android? The way we consume media has fundamentally altered thanks to streaming technologies, especially when it comes to music. Through membership services like Spotify, which cost less than a CD, you may lawfully listen to over 50 million songs.

With these apps, you can effortlessly play music files stored on your smartphone without an internet connection. Many popular Music Apps For Android, such as Spotify and YouTube Music, allow you to download music to listen to offline.

However, because they’re mostly focused on streaming, we won’t feature them here. Without further ado, take a look at the list below and pick your favourite Music Apps For Android to start your socially-distributed party without having to go online! 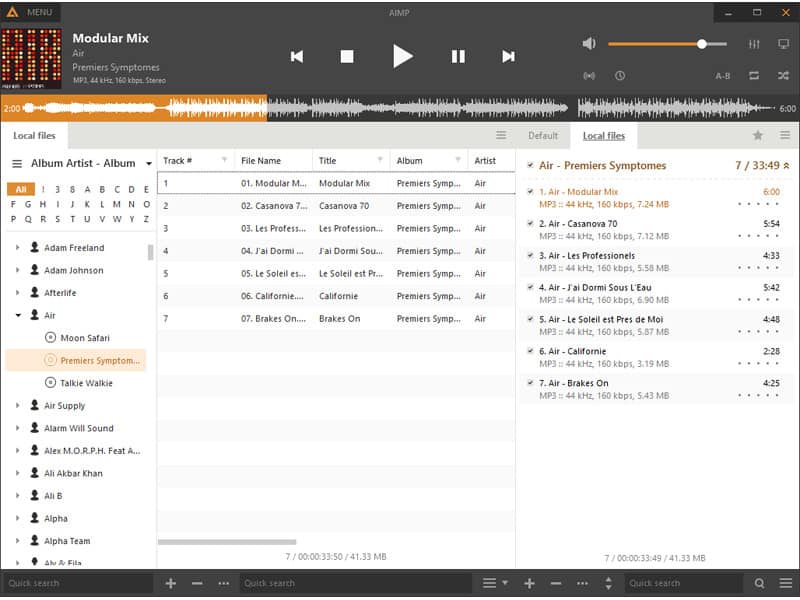 AIMP is a sophisticated music app for mobile devices. It supports a variety of music file formats, including FLAC, MP3, MP4, and others. You’ll also get access to a variety of customization choices, such as theming and other fun stuff. We had no trouble navigating the app or listening to music because it has a basic user interface.
With a decent Material Design UI, it keeps things simple. Its superb equalisation, HTTP live streaming, and loudness normalisation were highly commended. It’s a significant improvement over most simple music player apps. If you want to kill two birds with one stone, there is also a desktop version. The main drawback is the possibility of MIUI and EMUI device compatibility concerns. This app offers one of the most simple user interfaces on Android. It incorporates Google’s Material Design, which makes it incredibly attractive and simple to use without relying on complicated functionality. It integrates with Last.fm, allows you to customise the app’s design, and can play a variety of audio formats other than MP3. 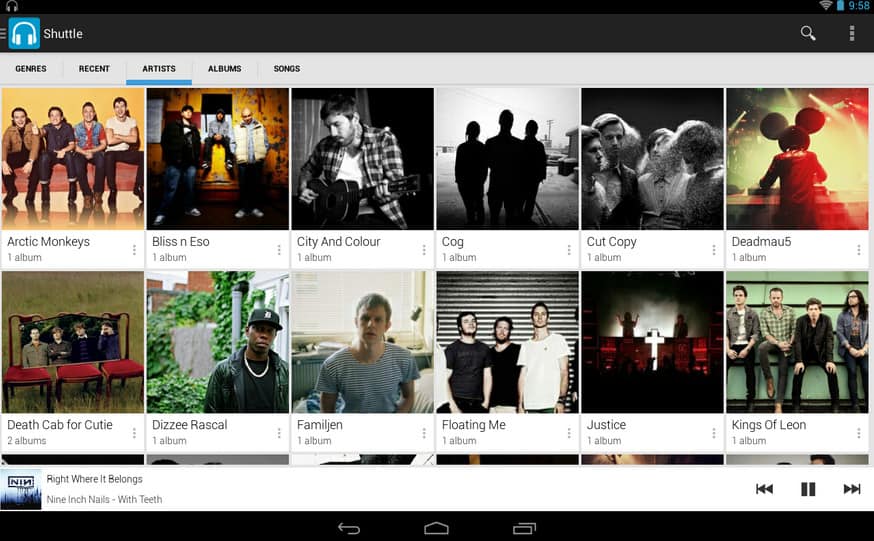 If you’re looking for a simple, lightweight, and powerful open-source music player for Android, Shuttle Music Player is the way to go. This app is included in the list of the best Music Apps For Android. The music player app for Android is designed in a modern, material style. A 6-band equaliser with bass boost features is also included. It can even be used to play music. To play the lyrics, you must first have the.srt file handy. 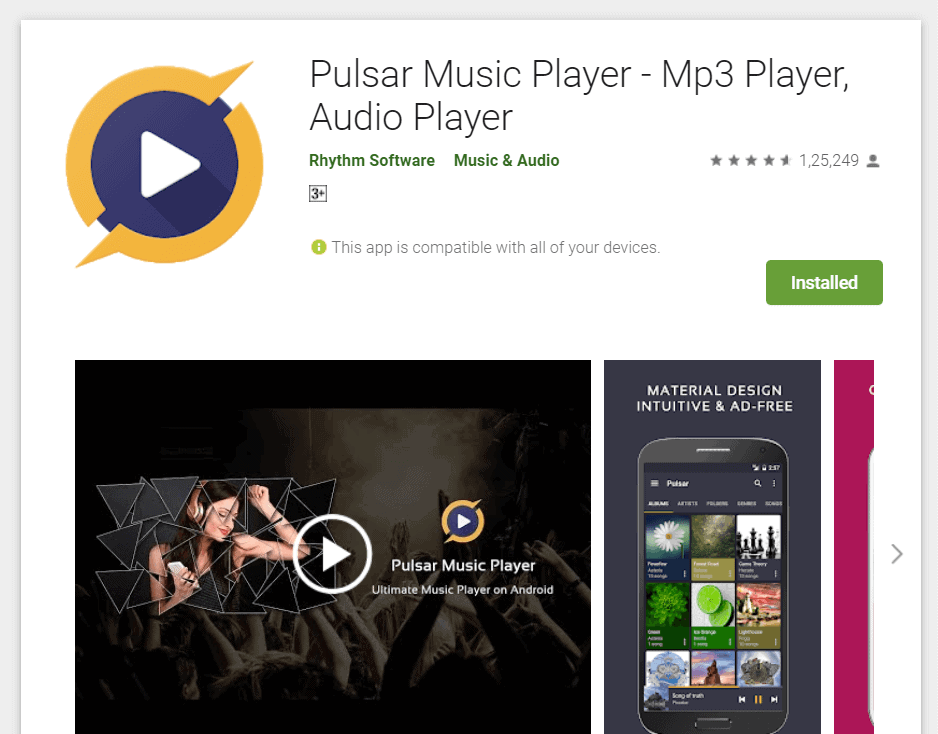 Puslar is unquestionably one of the best music player apps currently available. Beautiful Material Design, tag editing, gapless playback, smart playlists, a sleep timer, and Last.fm scrobbling are among the features. Puslar also offers the finest Chromecast support of any app on the list, as well as some of the strongest Android Auto support we’ve seen.
It doesn’t have as many features as some of the premium options, but that doesn’t mean it’s awful. It’s an excellent choice for individuals searching for something simple, light, and attractive. The pro edition is cheap and adds only a few extra features. There is no advertising in either the free or paid versions. 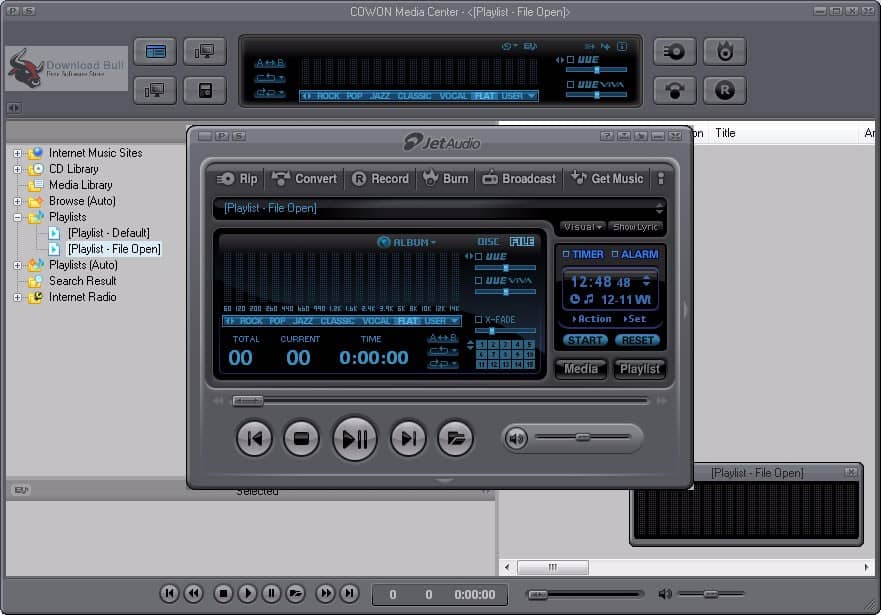 On the list, JetAudio is another highly rated offline music player app to consider. JetAudio has the advantage of supporting practically all major music file formats. JetAudio also has a 10-band equaliser, 32 presets, and lossy and lossless audio support. This app is included in the list of the best Music Apps For Android.

Stellio is an incredibly talented musician. It has all of the standard features, such as playlists, different views, and even different themes. You can also seek for lyrics online, and they will become available to you offline after that.
Other features include above-average audio codec support, widgets, a plethora of customization options, and optional features such as crossfade and a tag editor. The $4.99 basic premium version removes advertisements and adds a few new themes. Additional themes are available for $1.99 each, or you can purchase the $14.99 premium version, which includes everything. You have a choice, and the themes are actually rather nice. 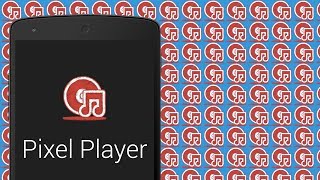 Pixel-Music Player is designed for those who want a nicely made music player with a material design. This is a music player that can accommodate all of your musical requirements. With various capabilities, the music player allows you to explore and play the local music library. It also has a 5-band audio equaliser, a radio player, a podcast player, and a video player. This app is included in the list of the best Music Apps For Android.

It’s one of the greatest and most highly rated offline music player apps for Android. The app makes it simple to find and manage all of your music files. When it comes to file compatibility, Music Player supports MP3, midi, wav, flaw raw, aac, and more. To further enrich your music, the Music Player has a five-band graphical equalisation. This app is included in the list of the best Music Apps For Android.

Rocket Player is a Google Play Store app that allows you to customise your offline music player. What’s more, guess what? The Rocket Player is one of the most popular music players on the market, and it comes with a slew of handy features. The free edition of Rocket Player includes features such as a 10-band equaliser, 30 customizable themes, a tag editor, and Chromecast support, among others. PlayerPro’s greatest feature is its plugin support. As a result, plugins can be used to enhance the capabilities of the music player app. Aside from that, PlayerPro lets users browse and play music files in a variety of ways, such as by albums, artists, composers, genres, and so on. A built-in tag editor, several audio effects, a 5-band graphic equaliser, and other features are included in the music player app. This app is included in the list of the best Music Apps For Android.

What Is Your Favorite Android Music Player App?

Not everyone wants to put their whole music library on Spotify. While streaming music is easy, listening to music offline is more dependable and does not consume data. Our favorite Music Apps For Android are AIMP and Pixel Player, but you can’t go wrong with any of them. Spend a few dollars to upgrade an app if you really like it. With these free music player apps, you can effortlessly play music stored locally on your device.