Is Camscanner Safe? All Facts About the Digital Camscanner 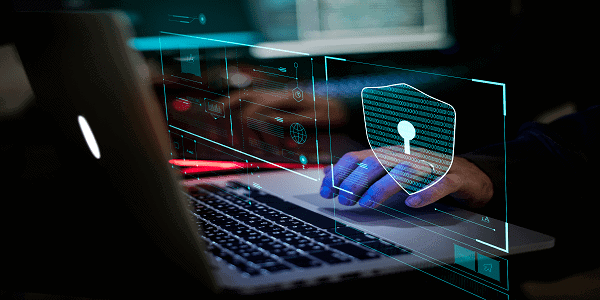 There has been a buzz about Camscanner, and issues arise questioning is Camscanner safe. Well, if you don’t need to scan papers relatively often using your smartphone, limited possibilities that you require such an app, after all.

But we have a more demanding concern now: if is Camscanner safe (and worth it) to keep the app within your smartphone. Do you genuinely need Camscanner? Do you honestly depend on it? So, let’s get to it and go deeper into the subject.

Camscanner is a particular programme allowing users to scan photographs or images on their Android or iOS devices. With this programme, you should scan documents, receipts, and others – and then convert them all into digital forms and files.

Once they are converted to such formats, they can be sent away (electronically) as picture format or PDF files. The programme’s main aim is to assist users to scan documents fast — without them needing to use a computer at all.

Imagine how handy it is: You turn your gadget on quickly and then control everything without turning on any computer – or nothing. This programme appears to be great software in terms of concept. However, a concern arises: is Camscanner secure?

Opinions that are opposed

The issue and subject of whether Camscanner is safe to have two opposing viewpoints. There are facts about what occurs when the software is used. And, for the time being, we must examine each point in detail to fully comprehend what it is about – as well as the issue’s intricacy.

The security firm Kaspersky conducted a comprehensive investigation and discovered that Camscanner contains malware. Given that the programme has received over 100 million downloads so far, such an event may be distressing.

One of the reasons why individuals wonder if Camscanner is safe is that they don’t want to be harmed by the problem. Not to mention the fact that the app has been there for almost a decade, so you don’t want to take any chances.

According to the study, researchers discovered a malicious and dangerous code inside the version released between June and July 2019. During that time, the developer is believed to have added a new type of module (for advertising).

According to the research, once active, the virus will automatically download and execute other malicious files (in the background). This module was created to start and stop annoying advertisements on the phone. Several examples have been observed in which the malware could sign users up for paying subscriptions without their knowledge or consent.

Google has removed Camscanner from the Android app store since Kaspersky published the research on their blog. Camscanner issued a statement claiming that this SDK (dubbed AdHub) was to blame for all faults and troubles.

However, it appears that the problem did not affect the iOS client as much as it did the Android client. On the other hand, Google authorised the fresh build since the developer had pledged to fix the problem as soon as possible. They permitted the software to be re-released on the PlayStore, albeit those still sceptical should avoid it.

Unfortunately, this isn’t the first time that Camscanner has been questioned regarding its safety. In April of this year, the organisation had to deal with almost identical challenges. They supplied an update, but consumers claimed that they were forced to cope with full-screen, loud, and annoying video advertising after updating their app. Camscanner’s performance appears to have decreased since Instig, a Chinese firm, purchased the company. It was exciting to learn that the potentially harmful code was also available as a pre-installed kind on Chinese phones.

Opinions of the Pros

Is it safe to use a cam scanner? On the other hand, some people believe that those events occurred in the past and have nothing to do with the current situation. Is Camscanner a secure programme? Some feel it is now, and the infection was the code within the app rather than the app itself. These folks feel that it is the code, not the app, that blames all the commotion regarding the app’s security. They also claim that the app will be unusable after the code has been removed from the app.

Camscanner would be completely secure

The fact that Google has permitted the app to reappear on their PlayStore adds to the assumption that the app isn’t the harmful one — it’s all the code! Given that Camscanner indicated that they conducted security tests before allowing the programme to return to Google’s service, it’s clear that Google conducted a comprehensive examination to ensure that the new update is malware-free.

What Should I Do Next?

So, what should you do now that you’ve figured out this problem? If you still have the app on your phone, check to see if it is the latest version of an earlier one. If you have an older version, the infection is likely to be present on your phone.
You have two options: change it or delete it. What if you’re not sure what type of version you have? Here are a few things you can do:

However, other people prefer to be fully secure and avoid using it altogether, choosing to utilise other apps instead.

Is Camscanner a secure programme? If you’ve read this far, you already know that the updated version of the app is fully functional. Camscanner is now safe, according to many users and internet experts, after the destructive code was removed from the programme and the firm made adjustments to it.

However, if you don’t want any risks to be present on your phone, you need always do the following:

You can make your informed judgement after reading the offered facts regarding everything. Now that you know whether Camscanner is safe, you can choose whether to stick with it or try something else.