How to Activate Dark Mode in Snapchat In Android & IOS 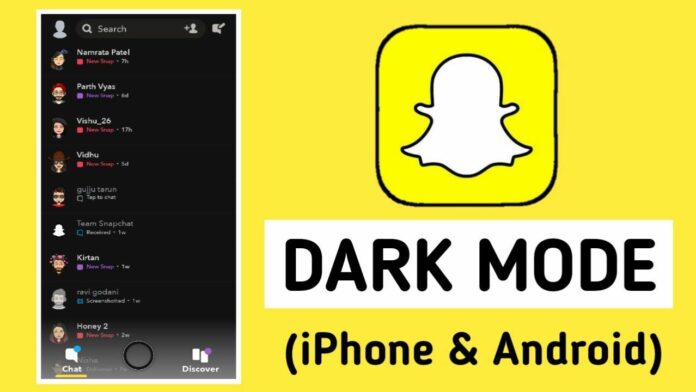 Are you want to enable theme Dark Mode in Snapchat? When people use their phones late at night, they frequently experience eye strain. Not only that, but the displays’ bright blue light can make it difficult to sleep, as well as cause headaches and other problems. To get around this, many apps, websites, and smart gadgets provide a “dark mode” option.

Snapchat, the multimedia messaging app, has sent out a Dark Mode feature to select users, joining a lengthy list of apps with this functionality. Dark Mode provides programmes with a dark background, which some people claim makes them easier on the eyes, among other things. Here’s how to activate Dark Mode in Snapchat, as well as who can currently use it.

Snapchat added a new “App Appearance” option to the app settings, Dark Mode in Snapchat. Match System, Always Light, and Always Dark are three options in the section that let you automatically match the app theme to the iOS system theme, keep light mode on by default, or choose the new Dark Mode in Snapchat as the default option. 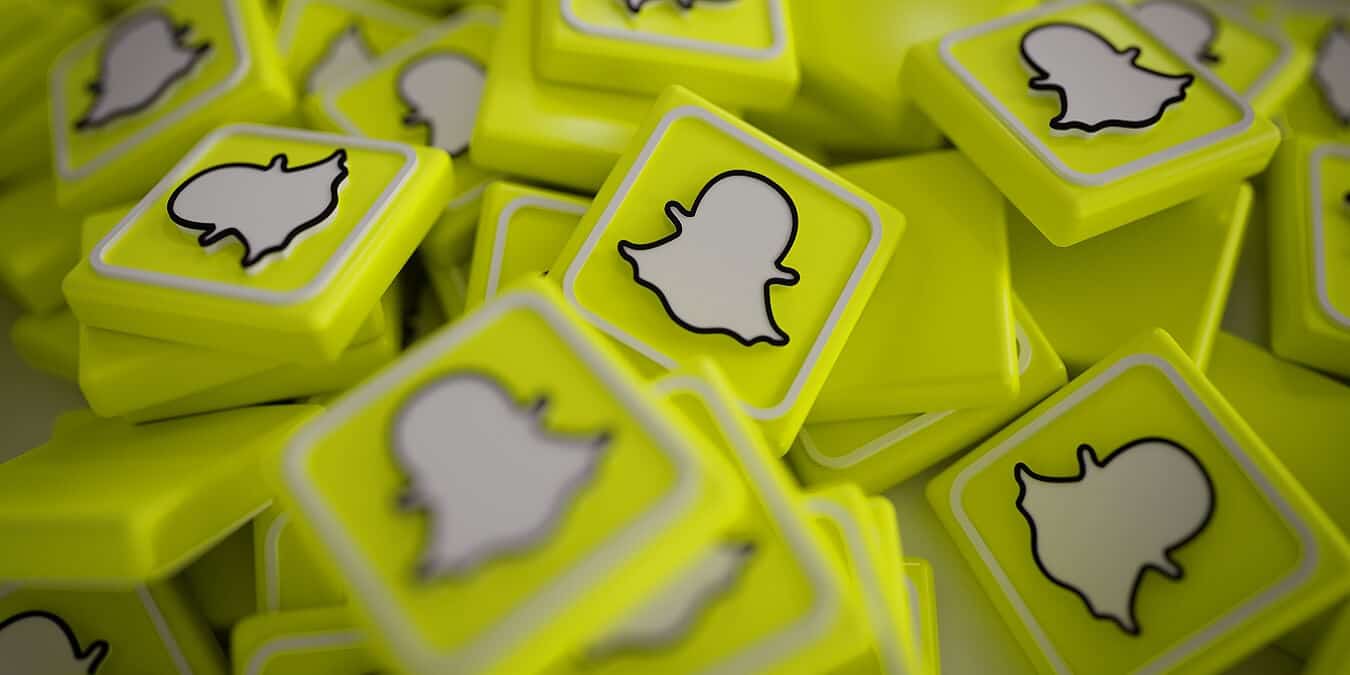 What exactly is Dark Mode?

Dark Mode (also known as “night mode”) is a setting that changes the app’s colour palette to a darker landscape. Dark mode is also known as bedtime mode, and it is the display setting to use if you want to remain up late with the lights turned off.

Dark Mode is available on Facebook and many other apps, including Dark Mode in Snapchat. You can use your phone or other smart device at night in Dark Mode without straining your eyes or disrupting your sleep.Unfortunately, not all apps have a night mode; in fact, some of the most popular apps have yet to implement this useful function. Here’s how to enable Dark Mode in Snapchat, regardless of what other applications can do.

How can I enable Dark Mode in Snapchat?

Open the Snapchat app on your phone and make sure it’s up to date; if it isn’t, go to the Apple App Store to get it updated. In the top left corner of the app’s screen, tap the avatar profile icon. Then, in the top right corner, tap on Settings, which is represented by a small cog symbol.

There’s a huge list of options to choose from. Tap “App appearance” at the bottom of the page. (Dark Mode is most likely not available on your app if you don’t have the app appearance setting.) Then you have three options to pick from. 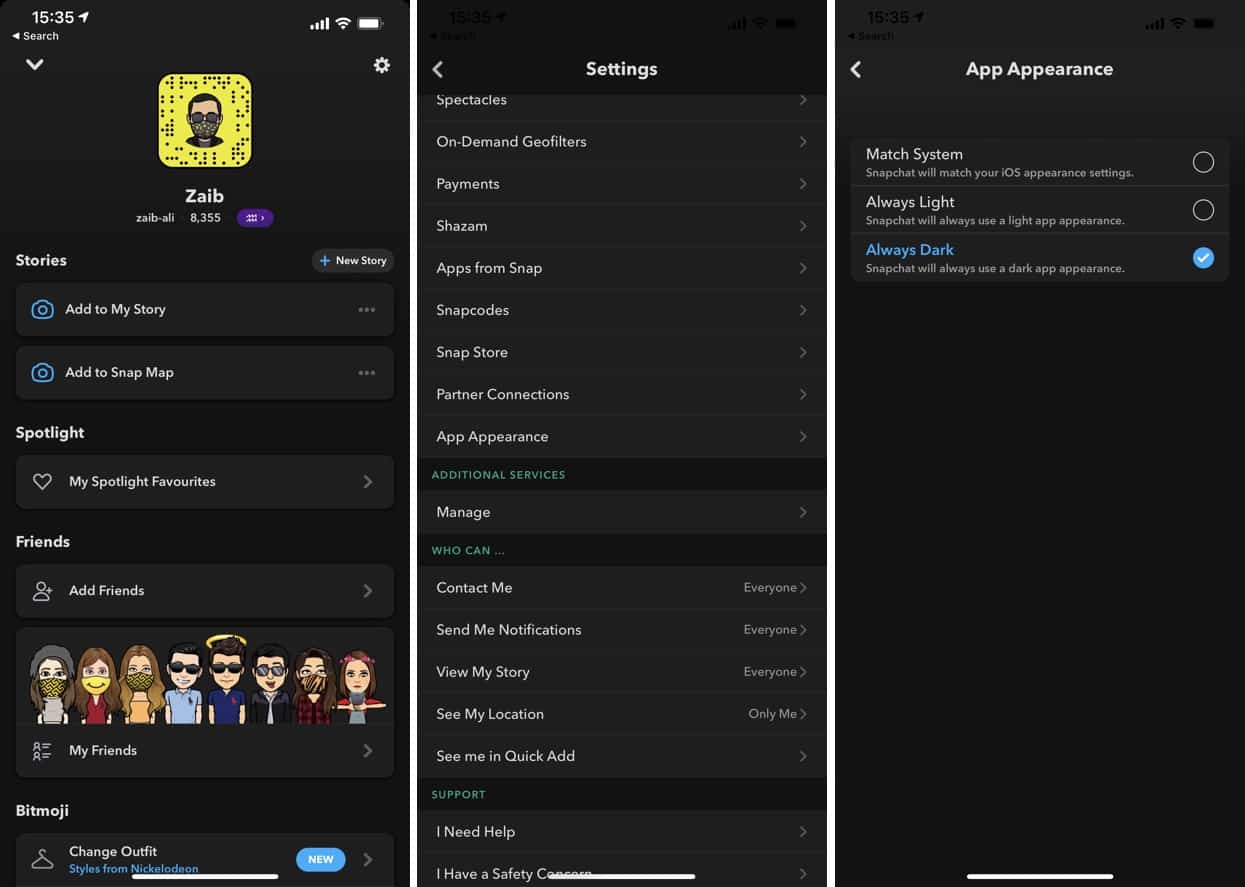 The “Always dark” option will switch the programme to Dark Mode, which indicates that “Snapchat will always appear dark.” The other options are “Always light,” which keeps the app’s light appearance, and “Match iOS,” which makes Snapchat match your phone’s settings for light or dark appearance.

Who may be using Snapchat’s dark mode right now?

Dark Mode in Snapchat was only offered to a select few users at first. According to Apple Terminal, Snapchat revealed earlier this year that it was testing the functionality with a “very small percentage” of its users. It was initially only available on Apple devices, not Android, and was only available in specific parts of Australia and the United States. The study was most likely conducted in advance of a wider rollout.

How do you enable dark mode On iOS?

After months of waiting, Dark Mode in Snapchat for iOS has finally received the much-anticipated dark mode that has been enabled by other prominent social networking apps. Snapchat users, also known as Snapchatters, may now enjoy a dark theme when viewing photos and interacting with their contacts on the app.

Snapchat, the popular image messaging and chat software, is known for releasing new features on a regular basis. The addition of these additional features continues to amuse and engage users. Thankfully, Dark Mode in Snapchat was released in May of 2021.

Here’s how to put it to good use:

To use dark mode, open the Snapchat app and navigate to your profile > Settings > App Appearance > Always Dark. The app’s appearance setting also has a Match System option, which allows users to use the default iOS system theme. Additionally, the Snapchat app includes a default “Always Light” setting that maintains the current light appearance. 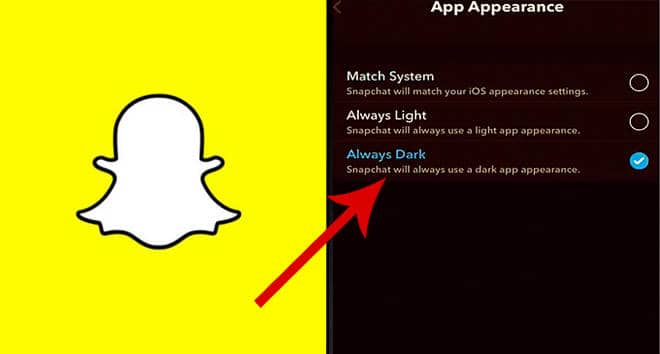 How to Use Dark Mode On Android

Unfortunately, Snapchat keeps promising Dark Mode for Android, but everything else seems to be updated on a regular basis (as of Oct 3, 2021). Maybe they’ve identified a problem they can’t seem to fix. We’ll never know for sure.

Although Dark Mode Snapchat for Android does not support Dark Mode natively, there is a workaround. Turning on developer mode and utilizing settings to “force” Dark Mode in Snapchat is the first step. This is how you do it.

There are a couple of Android alternatives that are a little obsolete now that Force Dark Mode is available. The Substratum app is one of them, and it’s really simple to set up and use.

However, in order for the software to work, your Android device must be rooted. While Blue Light Filter does not provide Dark Mode on Snapchat, it does allow you to adjust the harsh lights that are emitted from your phone’s screen. The Blue Light Filter software does not involve rooting your Android phone and instead functions as a screen protector. If you want to dim the bright lights of Snapchat, this is a non-intrusive way to do so.

How to Permanently Delete Your Plenty of Fish Account