While it’s fun to play games with your pals, there are times when you need some alone time. You can play a variety of games on your own, but classics like Solitaire should not be overlooked. It’s a game in which you must carefully consider the moves you’ll take.

You could lose the game if you move the wrong card. On Windows, you may still play solitaire, but Microsoft’s version is a tad clumsy these days. If you want to play an old-school solitaire game, there are hundreds of best sites to play solitaire to choose from.

The best sites to play solitaire listed below allow you to play without needing to register. That’s wonderful because giving up your personal information, such as your email address, is the last thing you want to do.

It’s all about visiting the site and playing right away with the following best sites to play solitaire. 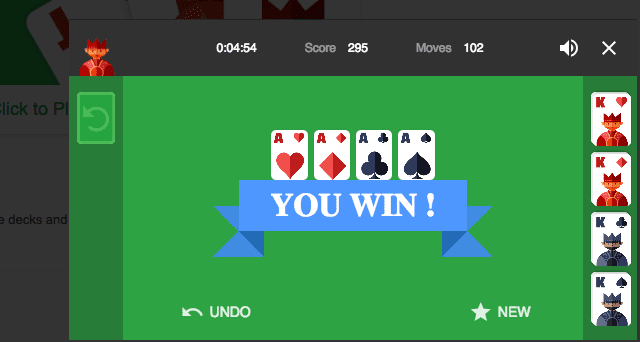 You enjoy solitaire, but you prefer to avoid sites that you don’t frequently visit. In such a case, type “Solitaire” into Google Search and this will be the first result. When you click the blue Play button, a new window will open with the game. Google Solitaire also includes sound effects in the game, calculates your game scores and movements, and shows you the game’s timing. There is one limitation to the Google solitaire game, and that is customizing. Google Solitaire does not have any customization capabilities, but that is fine. This site is included in the list of the best sites to play solitaire in 2022.

As a result, everything in the Google solitaire game will provide you with a fantastic gaming experience. At the top, Google will display the time, score, and moves. You can also mute it, and if you want to start anew, go to the bottom left and select “New.” Click the Undo option when you wish to go back a step. In the search results, there’s a dropdown option below the Play button.

Here’s a problem for you to solve. Try playing Tic Tac Toe on the impossible difficulty setting. You might get a tie, but are you capable of winning? If you do, please share your background in the comments section below.

Also READ  How to Download Twitch Clips - Is it safe to use a Twitch downloader?

Among solitaire fans, the classic version of the game will always be a classic. However, as you may be aware, there are various variants of Solitaire. This site is included in the list of the best sites to play solitaire in 2022. Why play just one version of solitaire when you can play a variety of them? Arkadium, for example, offers a variety of solitaire games, including:

As you can see, there are 12 different solitaire variations to choose from. There is no need to register for the game, and there is no time limit. You are free to play as much as you like. If you become tired of Solitaire, the site also has a variety of other games that you may play for free. This site is included in the list of the best sites to play solitaire in 2022. You may play crosswords, strategy, bridge, and many other games. This site can help you learn how to play different solitaire variants if you’ve always wanted to. 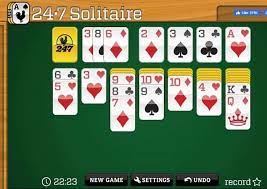 When you want to play something different, try solitaire. The website is straightforward. It will not inundate you with a slew of other games. If you wish to play solitaire, you’ll get solitaire. The cards are white and the deck is green; this solitaire isn’t attempting to be much more than a simple and quick solitaire, so don’t wait for settings. Although the gameplay meets your expectations, the user interface is clearly meant for mobile devices. Despite the lack of customizable choices, you may undo your last move, experiment with sound effects, reset the game settings, or check statistics from prior games, including the overall win/loss ratio.

This site does not display your score, unlike some others. Sometimes you just want to play and aren’t concerned with the points. You probably don’t care about the score unless you’re preparing for a solitaire tournament. What you’ll notice about this site is that it will occasionally move some cards for you. You’ll be given some assistance in placing the cards where they belong. When you’re playing solitaire game # 45, the assistance comes in handy. 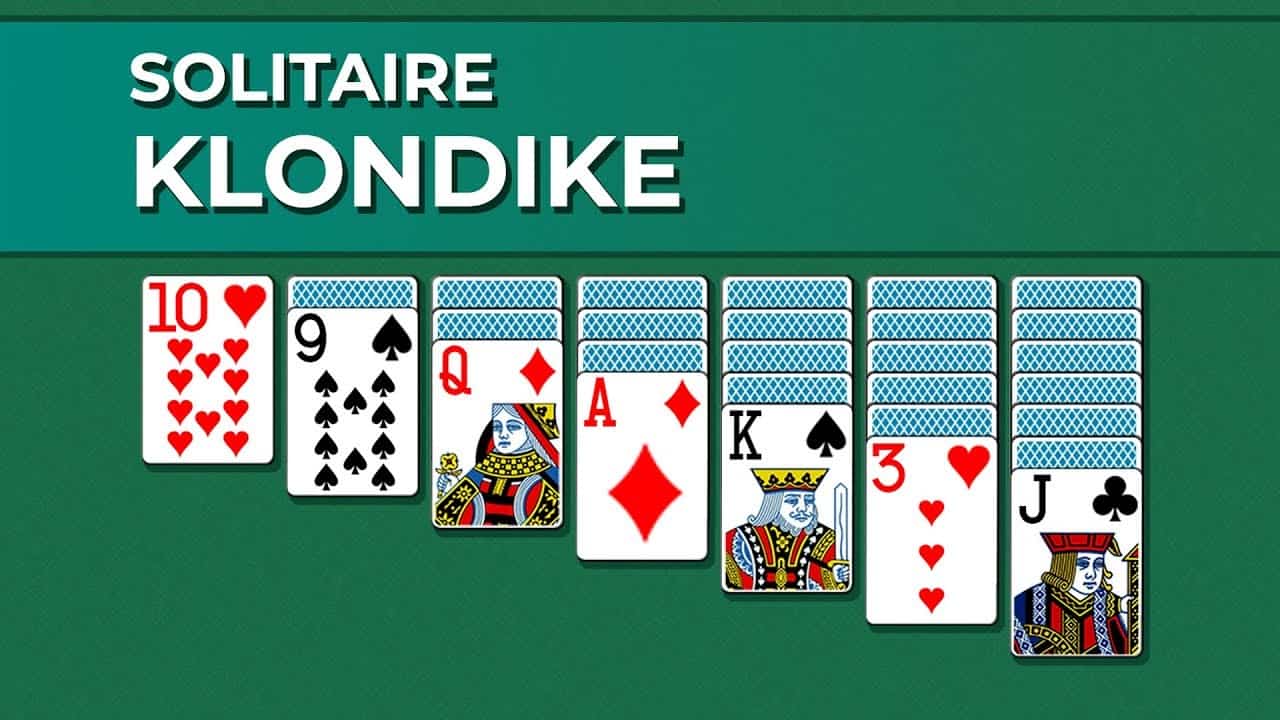 The Klondike Solitaire game has a lovely look and also shows you how far you’ve progressed. It will display the time, statistics, undo, and a new game button for when you know the game is done. If you forget the rules or are playing for the first time, scroll down and it will show you how to play. It will not only explain how to play, but it will also provide illustrations to aid in the learning process. You’ll also find numerous social media sharing buttons at the bottom. This site is included in the list of the best sites to play solitaire in 2022. There’s even a section dedicated to frequently asked questions, as well as a way to contact them if necessary. 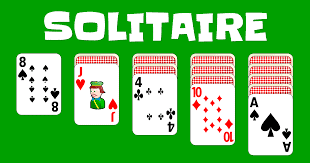 The Solitaire Web App has a design that you’ll enjoy looking at, and the more appealing something is, the better. It includes a variety of solitaire games, including:

At the top, you’ll see your score, and to the right, you’ll see how long it took you to complete the game. At the bottom of the page, you’ll find options to play a new game of the current version, or you can switch versions entirely. This site is included in the list of the best sites to play solitaire in 2022. You’ll also find buttons to undo a move, get a hint, and view the high scores for the game.

Solitaire Bliss is both a web game and app that has a classic feel to the game of solitaire. You can play over 30 different solitaire games. Their games include:

Their games are also organized by different types. For example, under FreeCell you’ll find a number of variations like Bakers Game or Eight Off.

Solitaire is a timeless classic that will never go out of style. It’s a fantastic game that engages the mind and provides it with a nice workout. If you move the wrong card, you could lose the game you’ve been striving to win for a long time. Because each site offers the game differently, I hope you’ve discovered one that you’ll like to bookmark.

Which website provided you with the best sites to play solitaire and options? Please let me know in the comments section below.