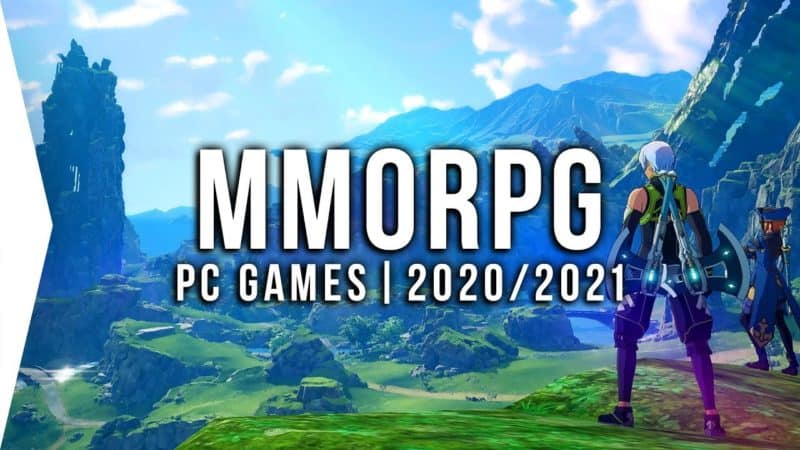 However, the question remains: will MMO games still be worth playing in 2023? If that’s the case, what’s the best MMORPG game out there? Take a seat, and we’ll walk you through the top 15 free best MMORPG games for PC in 2023.

In terms of multiplayer functionality, the best MMORPG games differ from traditional RPG games. MMO games allow a large number of users to interact with one another in a persistent universe. The world map is usually quite large.

Even while you are not playing, the game’s world evolves. Inside, you take on the role of a fictional character and completely explore it. According to studies, this broadens a person’s emotional spectrum. So, without further ado, here are the top 15 best MMORPG games for PC in 2023. 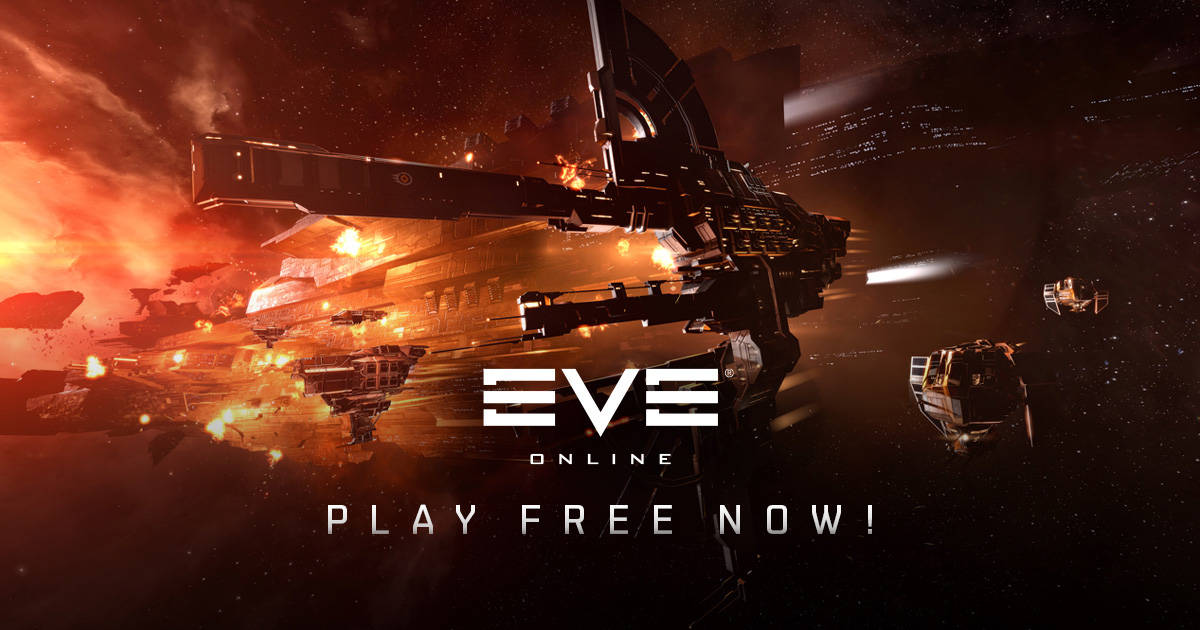 EVE Online is one of the best free-to-play MMORPGs available today. You’ll be enthralled for hours in this playground of zero gravity and the merciless expanse of space. In the trial mode, you can play the game for free but with a skill limit.

This restriction on gameplay can be removed for a low monthly fee of $14.99. There is no single-player campaign in EVE Online. However, you can play the game by yourself. Regardless, there is no PVE server in the game. It is, at its core, a PVP game. This fantastic title will keep you entertained with stories of espionage, treachery, and trust. It’s never too late to join the game and immerse yourself in the gameplay. So, without further ado, give this game a shot. 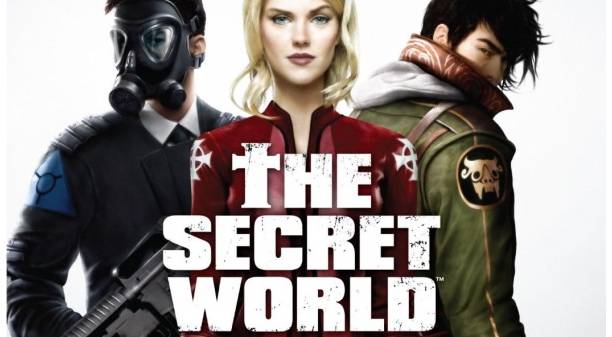 The Secret World is a unique online best MMORPG game. The supernatural has made its way into our modern life. As a result, certain unique gameplay and storylines are generated. By creating a free Funcom account, you can play this game for free.

It is still played by a large number of individuals. Even the lack of connection with the developers hasn’t deterred them. To play this game, you don’t need much. As a result, even potato computer gamers can join in the excitement. You have a lot of freedom in this game. In the game, there are no classes or levels. You have free freedom to be anything and everything. The game’s real-world settings provide answers to some of your most burning questions. What if secret societies really did exist among us? You’ll have to try this hidden gem to find out.

Digimon Masters is a free MMO that is similar to the Pokemon best MMORPG game in terms of gameplay. This game’s inclusion on this list may come as a surprise to some. The main reason for this is that many people assumed it was no longer alive.

The pay-to-win features are what most people despise about it. Whatever the case may be, the game provides a unique experience that is well worth exploring. This game will be better appreciated by aficionados of the original franchise than by others. You can ride your Digimon in this game. What more could you want? To accomplish this, you’ll need specific gear as well as the ability to ride Digimon. There are over 100 mercenary Digimons in the game, as well as a real-time battle system, over 50 worlds, and much more. For any Digimon enthusiast, this is a must-play. 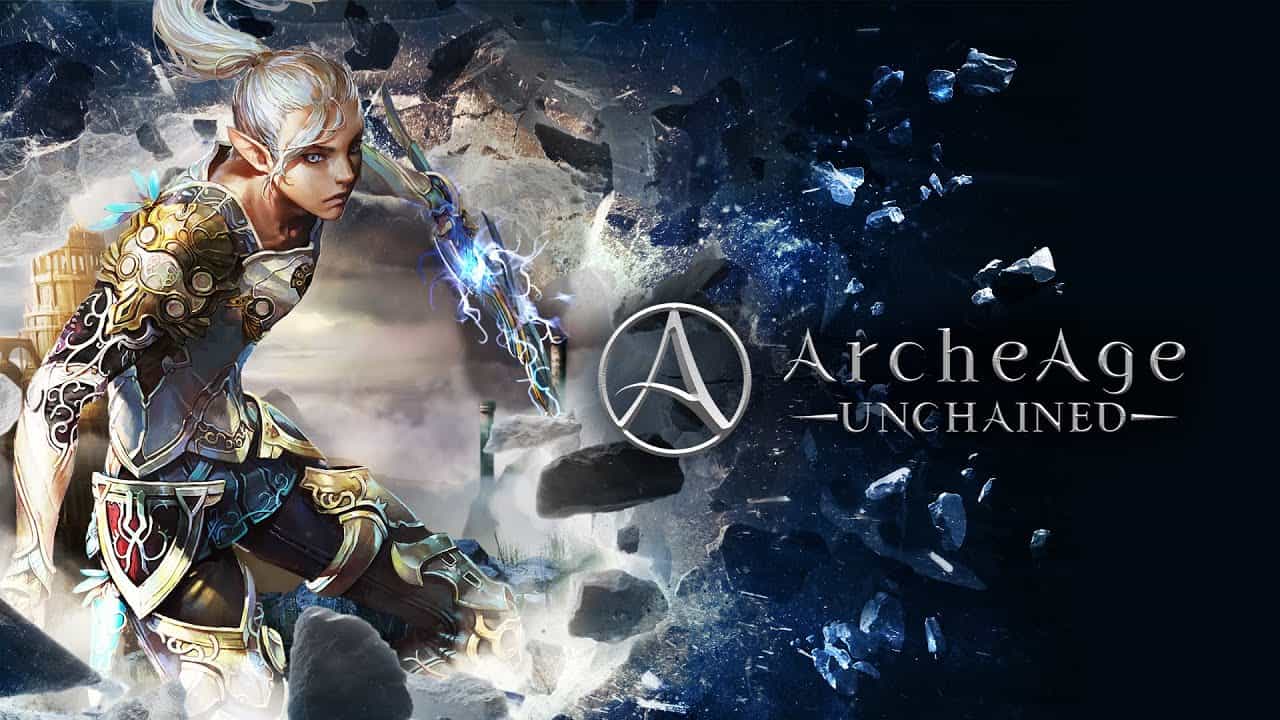 ArchAge is one of the best MMORPG games for PC in the Medieval era. Even the game’s content updates are free for all users. It does, however, provide you with special perks if you pay for a Patron subscription. If you opt not to pay, you will not be deprived of any fundamental materials.

To some extent, ArcheAge might be considered a pay-to-win game. The paying Patrons and the free players are clearly distinguished. In any case, it’s still worth playing in 2021. You can play both PvP and PvE modes in this MMO. The game’s well-crafted background and quests beckon you to go on an adventure. 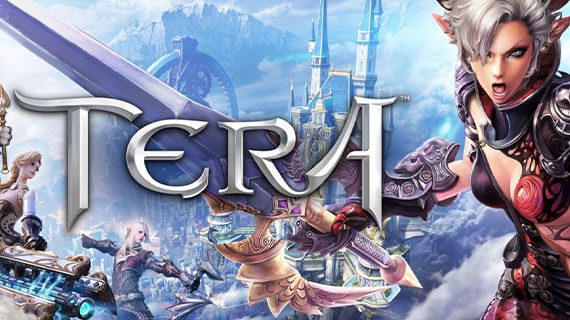 Tera has managed to stay alive in the world of action MMORPGs. It’s still worth playing in 2021, even though many have died out after eight years. One of the key reasons for the game’s success is that it is not pay-to-win. Tera has a fantastic PvP system with realistic combat.

The deep storyline and leveling up are excellent. Tera has relatively low system requirements. As a result, even if you don’t have a strong computer, you can play this MMO. This game is best played with others in a group. It’s not a game that should be played alone. The game’s structure encourages cooperative play. In group play, you can earn more experience points and awards. This game is deserving of a shot. 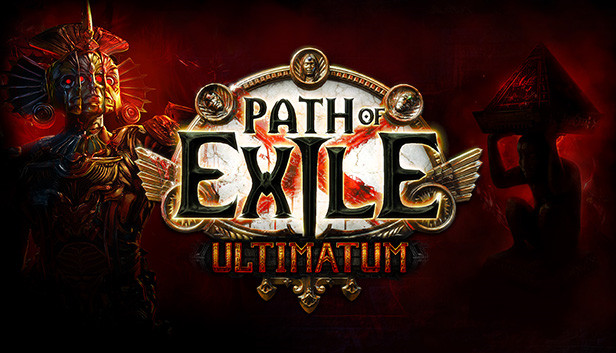 You can create numerous accounts and log in to them all at the same time. With Path of Exile 2 on the horizon, now is arguably the best moment to dive into the first game. This great action MMO may be played solo or together. Regardless, Path of Exile is not a game that can be played offline. There are no pay-to-win elements in this game. The majority of the things you can pay for are cosmetics. The game’s free-to-play features beg you to test them out. 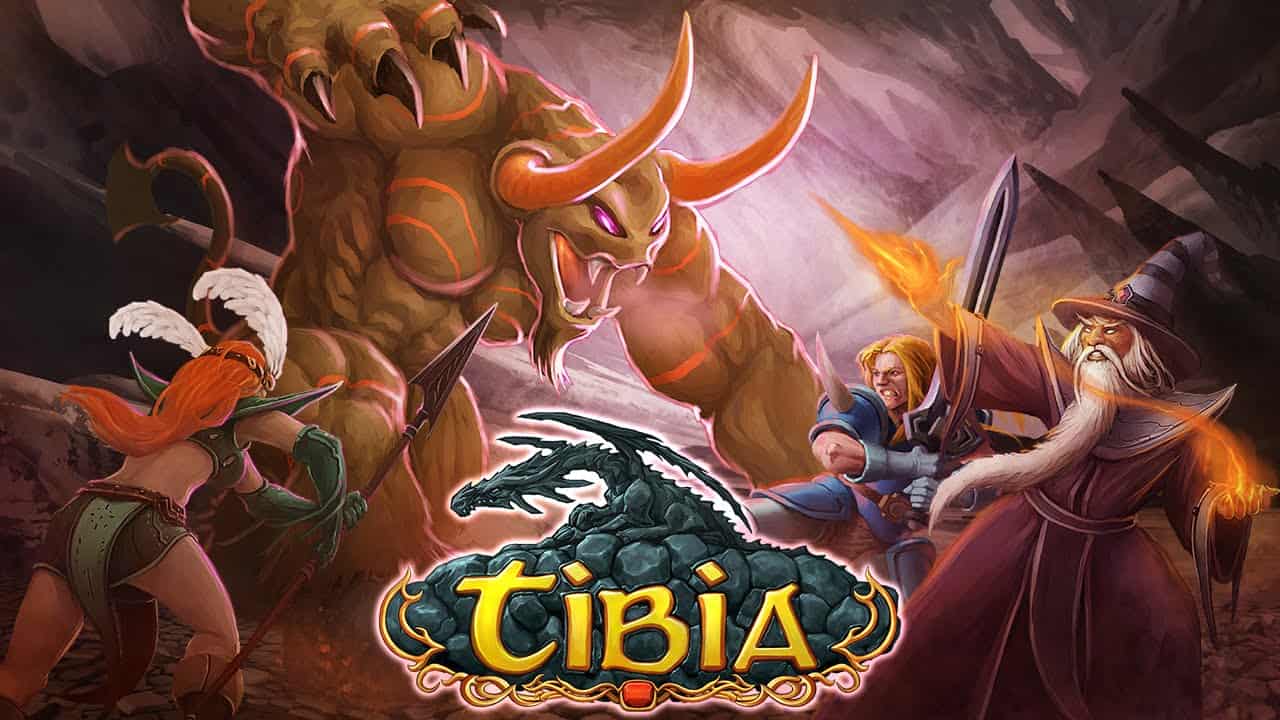 Tibia is one of the oldest and most popular 2D best MMORPG games ever created. In your browser, you may play this great MMO. It’s a browser MMORPG in that sense. Old Tibia is still popular today. During peak hours, it attracts over 15,000 players.

In 2021, Tibia is still worth playing. This is an excellent game for unwinding. At the lower stages, the game is pretty simple and straightforward. Despite the fact that it was released in 1997, it can still compete with the best 2D RPGs of the year 2021. With its unique gameplay, the game provides a unique experience. So, without further ado, go ahead and give this game a shot. 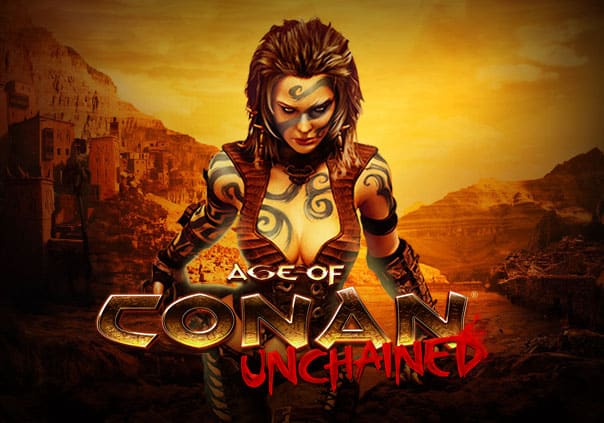 One of the best free-to-play MMORPGs of all time is Age of Conan. When it comes to fantasy-themed MMOs, it’s the real deal. Few games have created a universe as rich as Age of Conan. Despite the fact that it was released in 2008, it is still worth your time to play.

This Funcom fantasy game is completely free. However, if you desire premium content, you can choose from a variety of premium options. Regardless, there is no charge to play the primary stage of the game. The Conan era is thought to be superior to the Conan Exiles era. Before you play the second game, you must first attempt Age of Conan. You will not be disappointed. 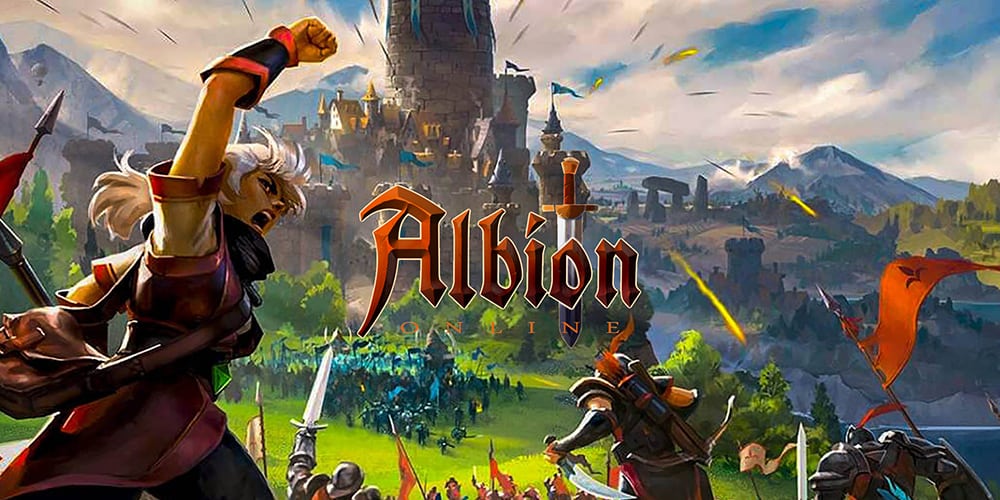 Albion Online is one of the best MMORPG games for PC in the medieval fantasy genre. You can also use your smartphone to play the game. Albion is still a team to watch in 2021. It has a total of 1,821,923 players. The game has enough seasonal content and updates to keep you engaged and active throughout the year.

The complete loot PvP and class freedom make it worthwhile to play. Maintaining premium status is the quickest way to level up in the game. It can be done with actual money or in-game accomplishments. Regardless, all gamers have the same access to various content. This means there are no pay-to-win features in the game. At its foundation, this makes the game fair and enjoyable. This game is a must-try for aficionados of medieval RPGs. 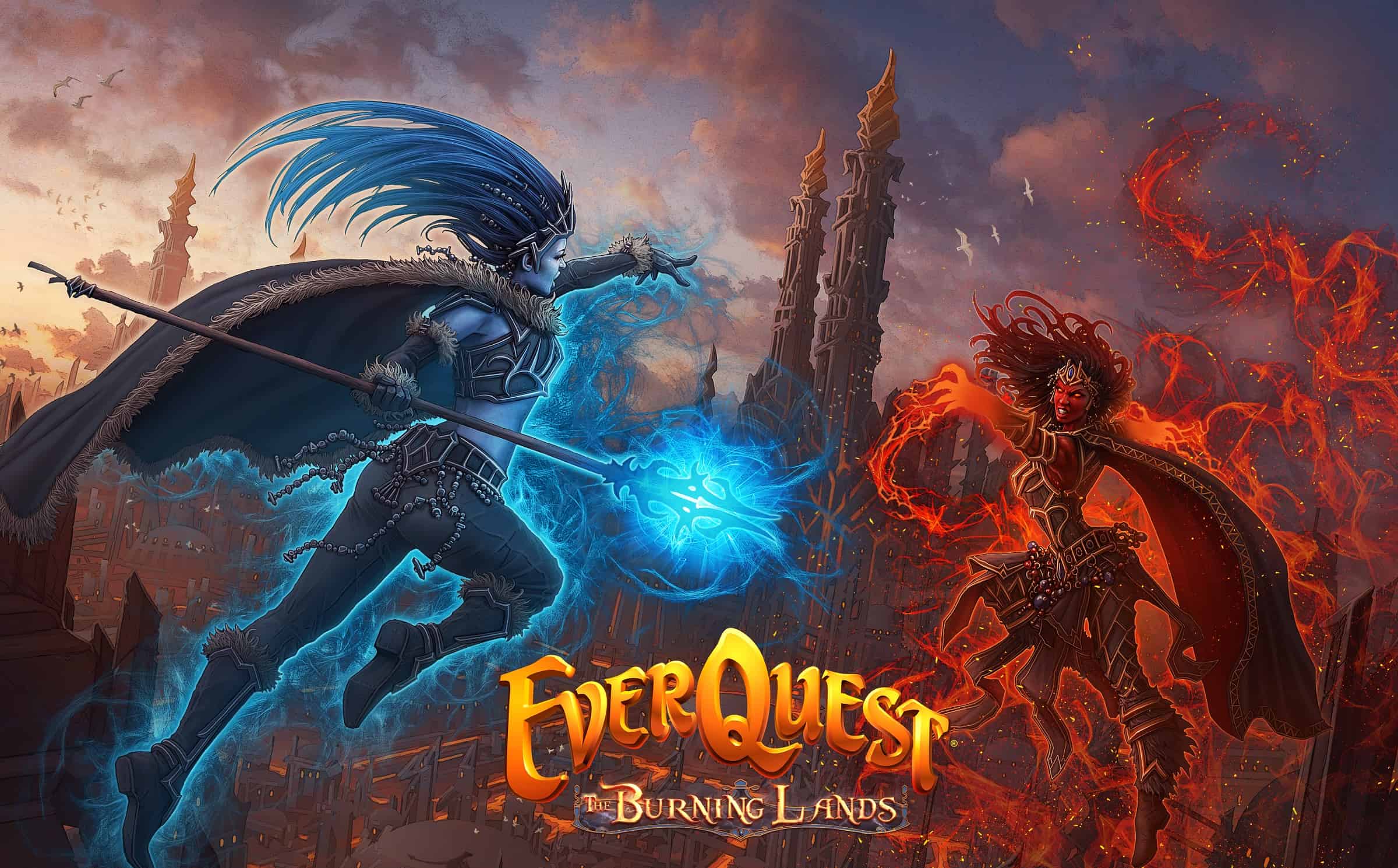 If you’re looking for a solid MMO, Everquest is a free-to-play game. Because of the expansions and new content, the game is still alive. More expansions for the game are still in the works, according to the developers. Everquest is a role-playing game with a complex tale and deep gameplay.

The content’s high quality makes it difficult to believe it’s free to play. In 2021, Everquest is still a worthwhile game to play. Regardless, the game offers a lot of pay-to-win elements. After you’ve created your character, you’ll be able to purchase higher-level things. However, this does not detract from your enjoyment of the game. It’s still a lot of fun to play. The basis of the game is forming groups and sharing experiences with others. This is a game that every fantasy fan should play.

Also READ  Is Camscanner Safe? All Facts About the Digital Camscanner 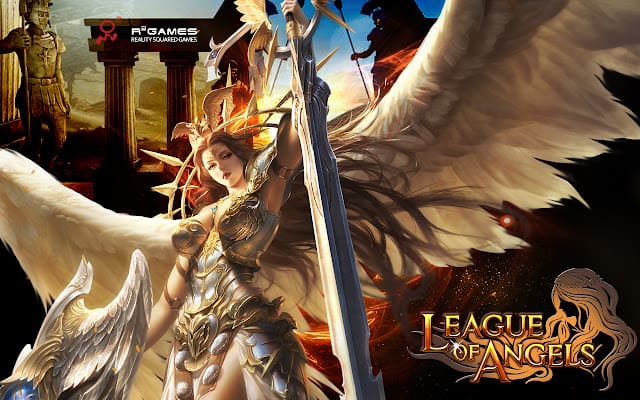 League of Angels is a browser-based 2D best MMORPG game. This free-to-play game comes with a plethora of features. PvP arenas, team dungeons, racing, gem mining, and many other activities are available. There are three modes in this turn-based strategy game.

Realm, Arena, and Trial are three different types of games. The game’s graphical appeal is pleasing to the eye. If you want to unwind for a while, this free-to-play browser MMO will not disappoint. It’s perfectly safe to play in the League of Angels. All you have to do is stay away from the arguments that occur in the chat rooms. Despite the abundance of eye candy, the game provides a fantastic experience. Children should be supervised by their parents. This game is well worth your time. 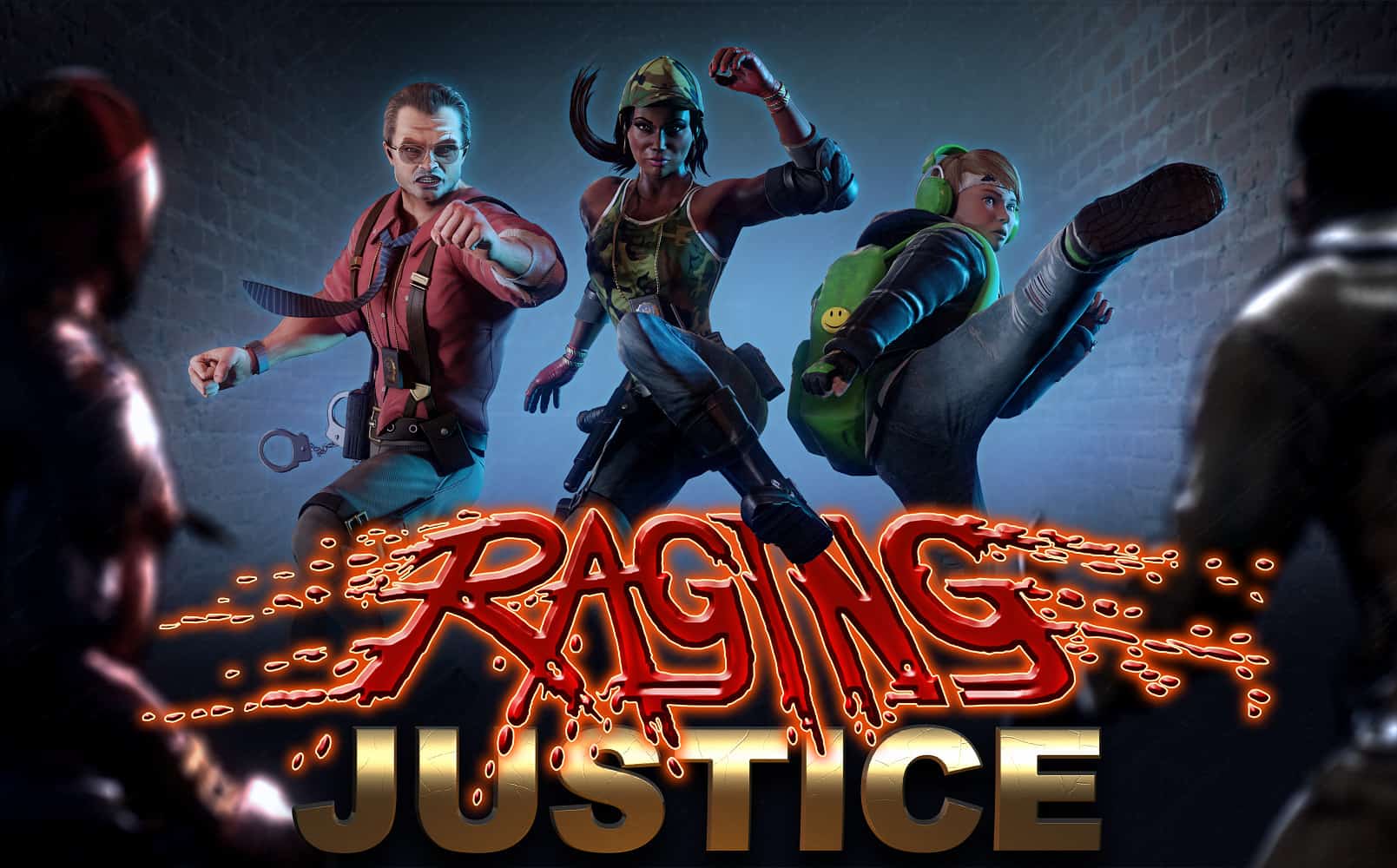 Justice Online is a one-of-a-kind MMORPG with a martial arts focus. Among the normal RPGs, this MMO based on Wen Rui’an’s novel stands out. Up until level 34, the base game is free to play. After that, you must either purchase a membership or pay for in-game hours using in-game currency.

In 2021, Justice Online is worth playing because of its own flair. Regardless, the requirement for an English patch makes things more difficult. However, with the help of a Youtube guide, you can create an account and play the game. This game will keep you interested for hours on end thanks to its eye-catching aesthetics and stylistic gameplay. 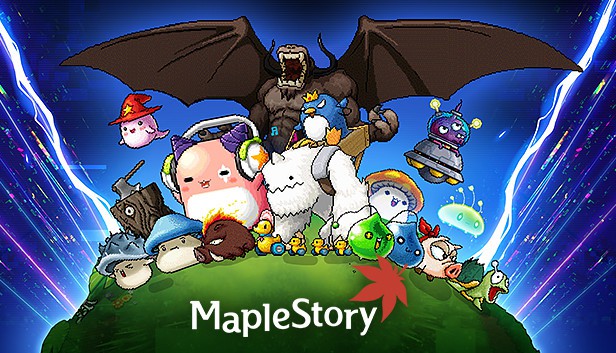 Maple Story is a chibi-styled action best MMORPG game. This 2D MMO is still going strong in 2021, despite its resistance to change. Despite the closure of Maple Story 2, it is still operating today. Many of the game’s features are pay-to-win.

These pay-to-win elements function more like a payment-to-advance system. Despite its faults, Maple Story still has an eight-million-strong user following. Those that are fed up with the p2w features can also play the game on the reboot servers. The reboot servers restore classic RPG gameplay while removing p2w capabilities. Real money can only be used to purchase cosmetics. Overall, it’s a one-of-a-kind game that dares to be distinctive. 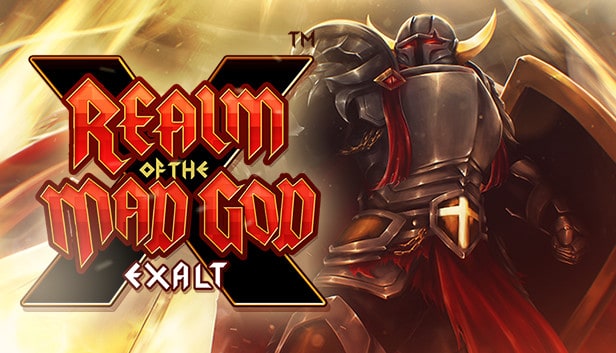 The Mad God’s domain is a 2D MMORPG with a traditional top-down perspective. The enjoyable MMO is accessible for free on Steam. It’s a totally unique game with no pay-to-win elements. The game’s purchasable items are simple to obtain through gameplay.

This MMO is still alive and kicking, and it’s on its way to becoming something better. We’ll have to wait and see what happens with all of this potential. Although the game is entertaining, it is plagued by unreliable connectivity. The game’s terrible servers are to blame for lag, timeouts, and crashes.

Regardless, the game’s excellent playability triumphs over the flaws. You can also make changes to the settings to improve performance. Southbound is a terrific concept that allows you and only you to pick up the loot you observed initially. More fantastic game elements are waiting to be discovered. All you have to do now is pick up the game. 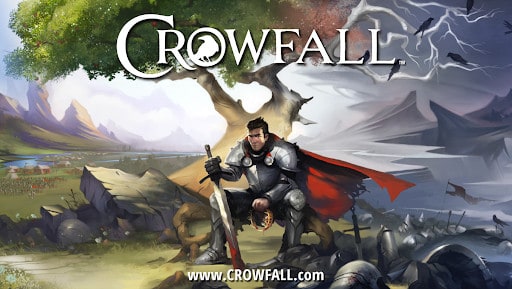 Crowfall is a massively multiplayer online role-playing best MMORPG game in which you have the ability to change the world forever. It was supposed to be published at the start of 2021. Despite the fact that it disappointed many upon its original release, the game has a lot of potentials.

You can easily play the game’s beta version for free. However, it is not a free-to-play game. For USD 50, you can get a digital copy of the game. You will never have to pay again after that. There are no PvE elements in the game. However, the game’s open environment features certain PvE activities that complement the PvP and gatherings. Despite its limitations, the game is unusual enough to warrant your attention. So, without further ado, try out this game. 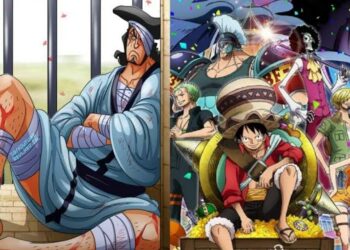 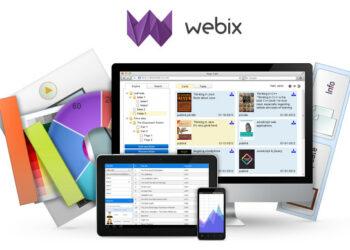 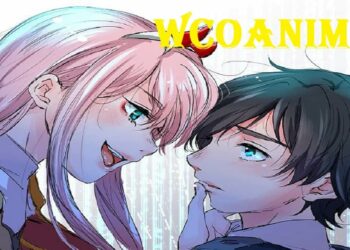