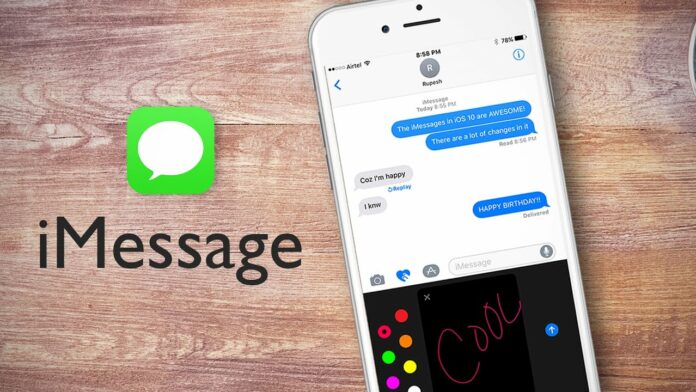 For those unfamiliar with iMessage, it is an instant messaging programme that allows users to send messages to anyone who has an iOS or macOS device. What’s more, iMessage may also be used to send SMS messages. For a long time, Android users have been waiting for Google’s take on iMessage, and some have given up hope. Android users can use iMessage.

There’s a good chance Apple will never release an Android app for its massively popular messaging service, so whether you’ve given up hope or just want something to tide you over while you wait interminably, here are a few iMessage alternatives for Android that we think will do a good job of filling the blue bubble-shaped void in your heart.

It’s not that Android doesn’t have feature-rich messaging apps, but the majority of them lack the same level of security. Furthermore, most so-called Android texting apps don’t operate as well as Apple’s iMessage. On the other hand, Android is all about possibilities, and there are numerous texting apps available on the Google Play Store that can compete with iMessage.

Why can’t I use iMessage on my Android phone?

Apple’s business model is based on selling new devices to customers every year. The ideal Apple consumer has a Mac, iPhone, iPad, and Apple Watch, which they upgrade every few years. Apple sells its products at a premium, with hardware sales accounting for a major portion of the company’s profits. As a result, Apple’s services revenue is increasing.

Today, it makes the majority of its money from services by making Google the default search engine on its devices, but it also gets 30% of all app sales and in-app purchases. Unless Apple plans to charge Android users for iMessage in order to increase service revenue, it’s unlikely that Apple will ever provide iMessage on the Google Play Store, but keep reading for some useful workarounds and alternatives. 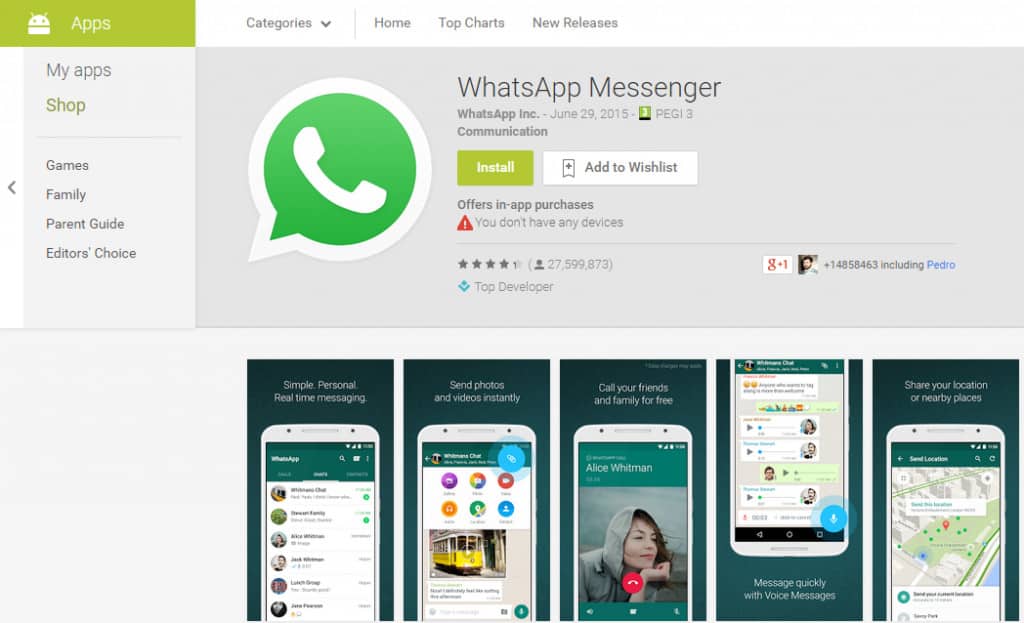 Because of its popularity and web and desktop versions, WhatsApp Messenger is the most widely used messaging programme today, and it’s a good alternative to iMessage. Along with all of the standard chatting and sharing tools, the app now includes free audio and video conversations. A single video conference can accommodate up to eight people. What makes WhatsApp so popular is that practically everyone uses it; chances are, your contacts do as well. 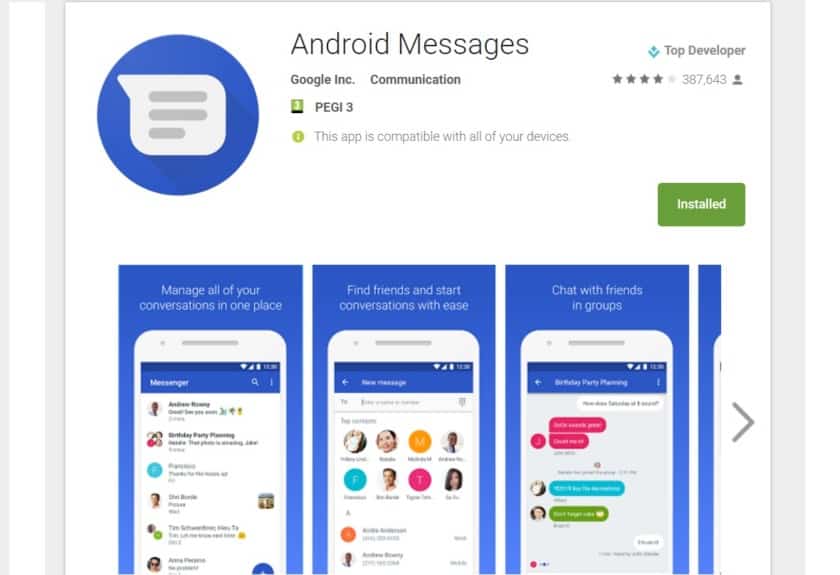 Although it’s primarily a texting tool, Google’s chat platform is now available. The phone can communicate with a wireless carrier that supports RCS using the chat feature (Rich Communications Services). If you have a phone and a wireless provider with rich communication services, you can enjoy Google Messages’ exclusive features like reading receipts, group conversations, texting over WiFi, and more. 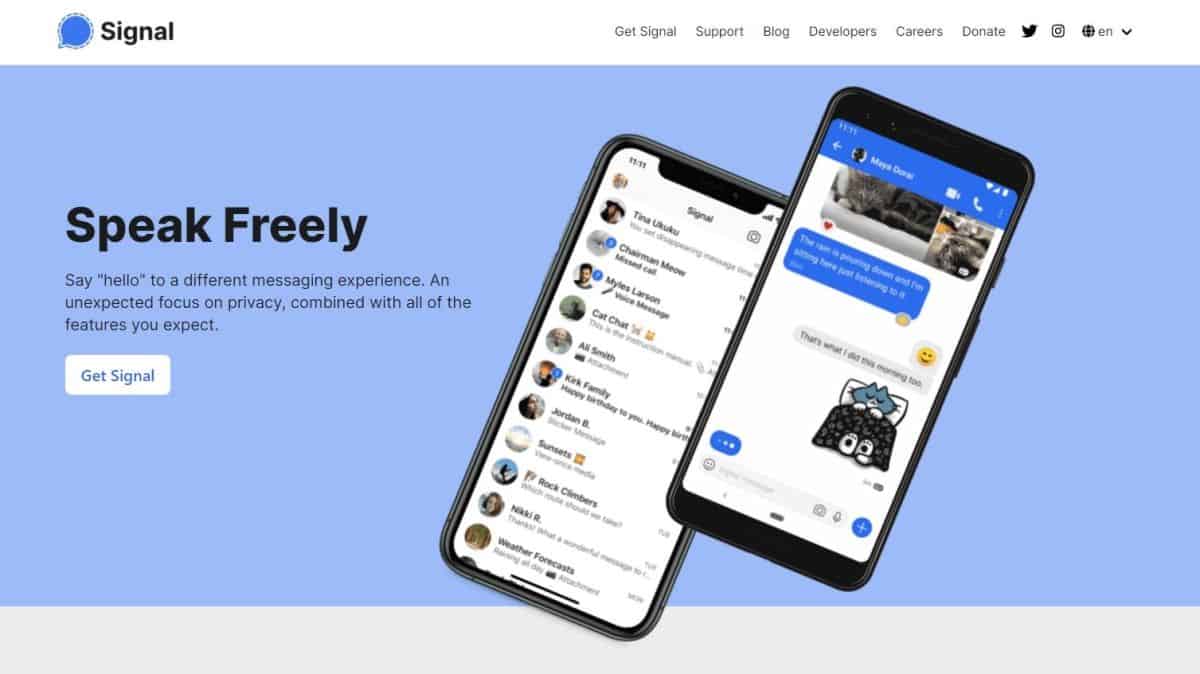 For privacy-conscious folks, Signal Privacy Messenger could be the best instant messaging app. When it comes to privacy, it far outperforms iMessage. This is due to Signal’s use of a sophisticated end-to-end encryption mechanism that ensures the privacy of every message sent. Almost everything you share on Signal is encrypted from beginning to end. These are, without a doubt, the best iMessage alternatives for Android. 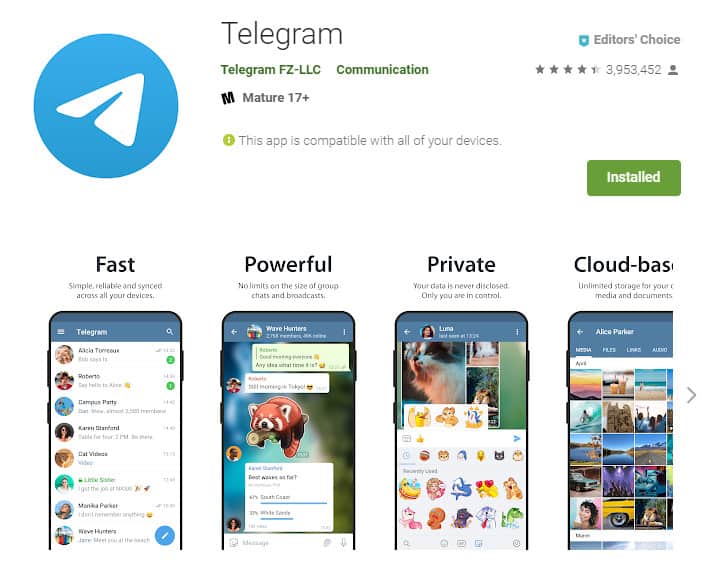 Telegram Messenger is a fantastic chat programme that hasn’t gotten the attention it deserves owing to the popularity of WhatsApp. The app, on the other hand, is a fantastic iMessage substitute. Telegram is accessible on practically all major platforms, as well as a nice web client, so no matter what device you use, you’ll be able to use it.

Telegram messages are also synchronised over the cloud, so you may access them from other devices at the same time. Telegram Messenger has a sticker store and a fascinating Bot platform, despite the lack of an “app store.” There are numerous bots to play with, as well as a gaming platform that allows you to play games within the app. 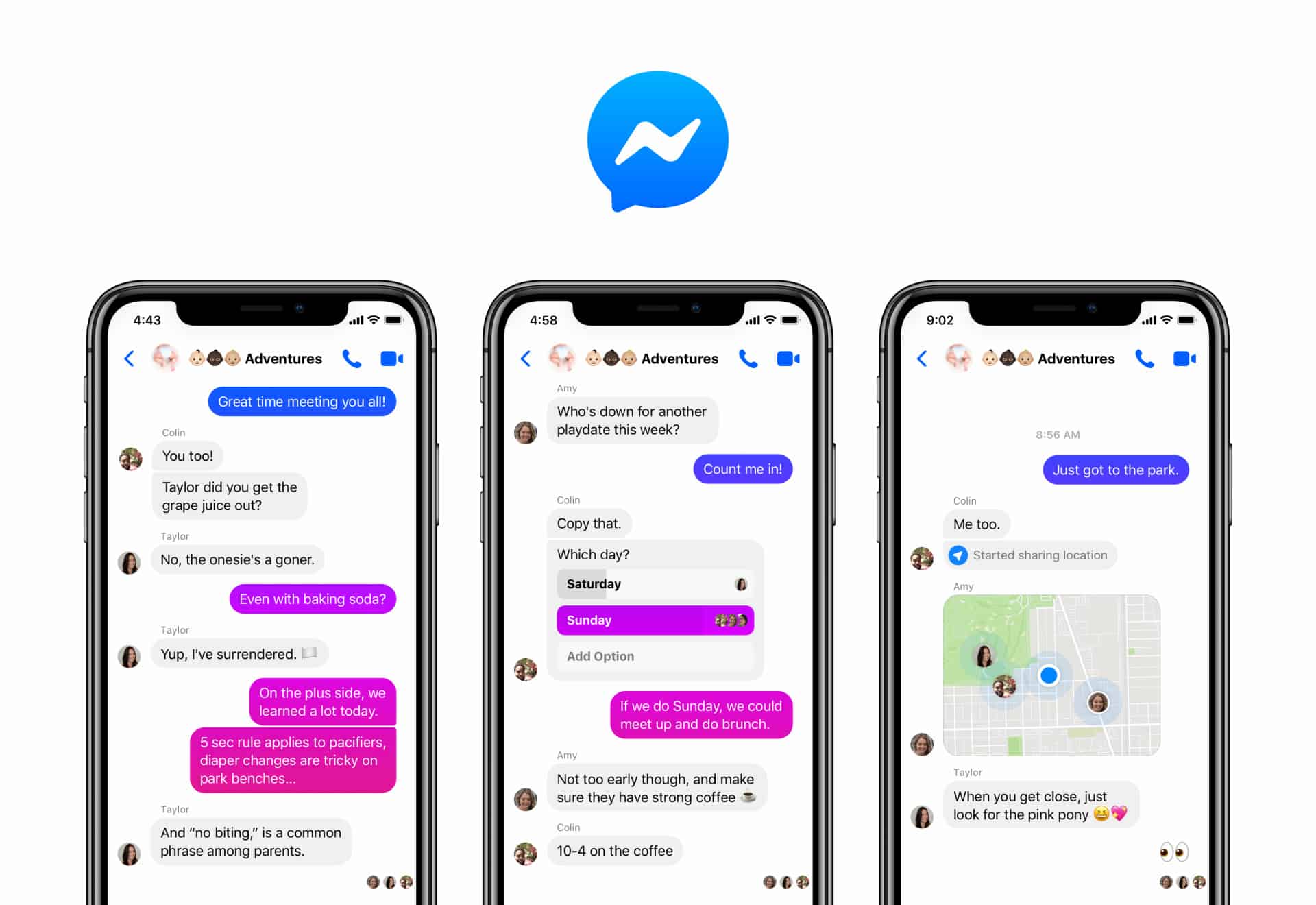 Although Facebook Messenger is a well-known messaging programme, it has a lot in common with iMessage. Along with standard messaging functions such as audio and video calls, voice messages, and the ability to make payments (only in the United States), Facebook Messenger also has its own app store and supports a variety of sticker packs. Other interesting Messenger apps such as GIF keyboard, Bitmoji, QuizChat, Memes, and others are available.Furthermore, you may use the Facebook Messenger app on Android as an SMS app, and you can always use a browser on a PC or Mac to access Messenger. So, it’s similar to iMessage. 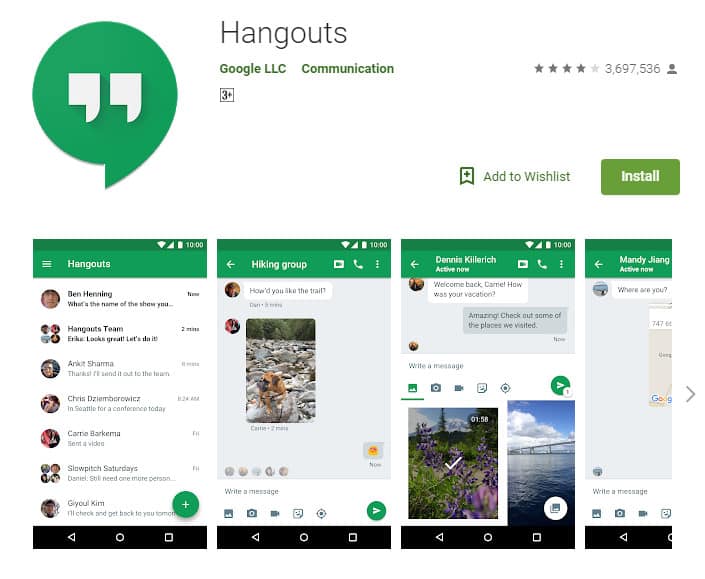 Google Hangouts is another excellent iMessage replacement that you can use right now on your Android device. You can mail contacts, make free video or audio calls, and join a chat with just one person using Hangouts. What’s more, it integrates with your Google Voice account for phone calls, SMS texting, and voicemail integration. 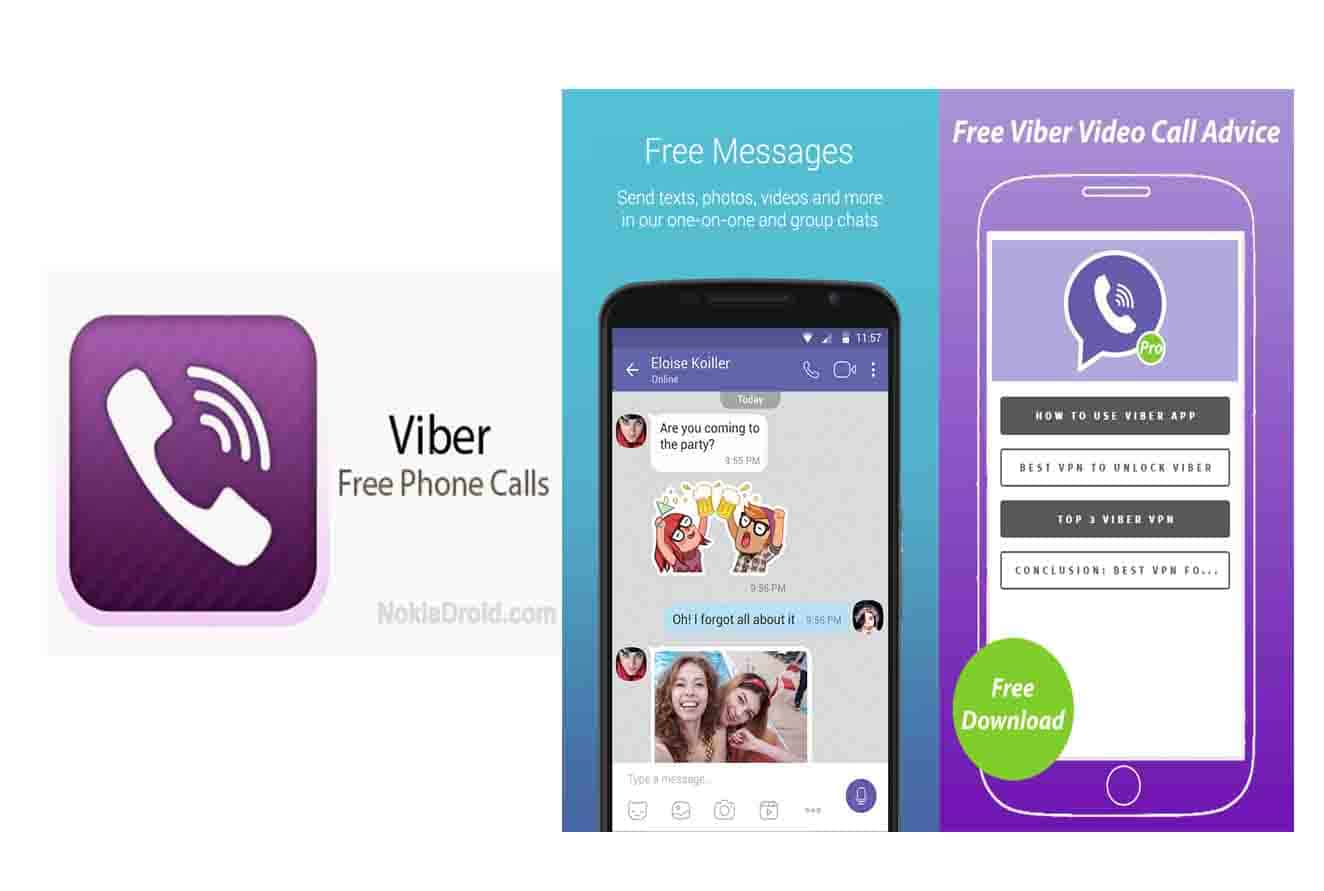 Viber is another excellent iMessage substitute for Android users. Although it has a great user experience, it focuses on video and audio conversation. Although there is a chat option, it is only available for group talks. With Viber, you can share movies, photos, files, contacts, and locations with others. 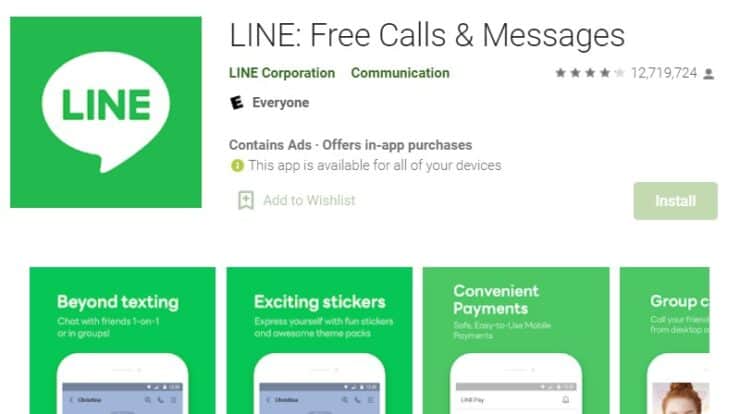 LINE: Free Conversations & Messages may be the best choice for you if you’re looking for an iMessage replacement for Android that allows you to enjoy messaging as well as voice and video calls. It contains a lot of useful chat features, such as sharing messages, photographs, videos, stickers, voice notes, and so on. 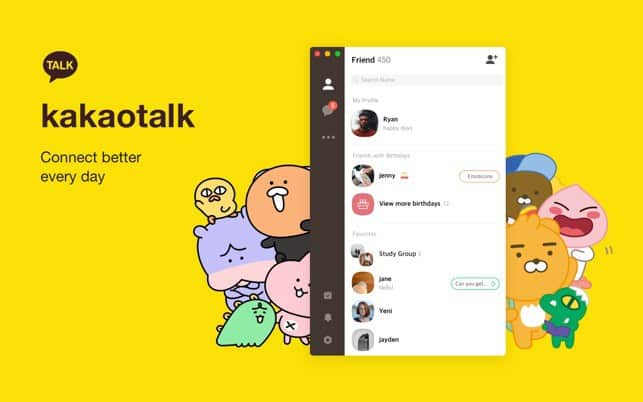 It’s another best iMessage alternative on the list for Android users. The app is now used by over 150 million users worldwide, and it offers users plenty of features. You can send messages, photos, videos, voice notes, and your location via KakaoTalk for free. Apart from that, it’s compatible with every connectivity option like 3D, Edge, WiFi, etc.

Kik Messenger is a well-known programme, and we’re sure you’ve heard of it before. It’s a messaging programme that allows you to add people based on their usernames. Once you’ve completed that, you may jump right into a conversation. Kik Messenger has been enhanced with a slew of new features over the years, including video calling, third-party app integration, and more. The best thing about Kik Messenger is that it doesn’t require you to have a phone number to use it. It, like iMessage, can only be used with your email address.

Will Apple ever release an Android version of iMessage?

For years, Apple will ever offer an Android version of its iMessage software. Various hacks have been developed over the years to “fool” a Mac into sending a message to an Android smartphone, but these workarounds are not scalable and are likely to fail in the future. Apple devices rely heavily on iMessage, yet Apple is primarily a hardware company. Apple is unlikely to offer iMessage for Android, even if they alter their minds in the future.