Each process has its stages and stages that you need to go through to implement your project. Application development and design are no exception. In this article, we’ll figure out the basic steps you need to take to develop a quality app with a cool design.

Developing and designing an application requires determining the most functional way to execute it for the user to optimally interact with the application. Therefore, it is necessary to think about which user interface is the most practical to provide the best UX.

Remember that a lot depends on which mobile app design company you choose. Therefore, this issue must be approached carefully and responsibly.

Basic steps for developing an application

The most useful thing in developing applications for iOS and Android is to use common sense. You should keep in mind that every design process starts with phases and some techniques that focus on the needs of the user, that is, they are guided by the premise of which elements the user is going to use most often.

On the Internet, we can find a lot of information provided by both Apple and Google, which serves as a guide to learning how to develop applications for iOS and Android. 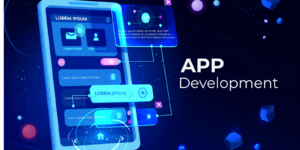 In the case of Apple, she recommends her company’s native programming language Swift, which is used to develop applications for iOS, Mac, Apple TV, and Apple Watch, that is, it allows us to create mobile and desktop applications. It is considered easy to use and is also open-source, allowing application developers to work freely.

According to Apple, it’s a fast language that offers us real-time information so you can develop an app with updated data. All this saves time, and the UX is enriched.

It is a programming language that allows you to create native iOS apps for free. In addition, it is available to everyone, whether developers, teachers, or students, under the open-source Apache 2.0 license.

On their official website, they explain that their source code is hosted on GitHub, which is easily accessible software. On the other hand, we have information provided by Google Android. This tells us that the design of the application determines what the user interface looks like.

In line with this, it mentions that we can create a design in two ways:

In addition, it emphasizes that when developing an Android application, you must remember that the geometry of mobile devices and computers is a rectangle. Therefore, your design should consider the location of each object. This is how Android Studio, the official IDE for Android native design and development, offers several methods to help weed out the calculations that are considered unnecessary. This working system has databases designed to facilitate the project creation process for the developer.

Also READ  All About NFTs For You To Know About

Android Studio, like Swift, supports multiple operating systems, including Mac and Windows. It is also freely available under the Apache 2.0 license. This guide is mainly focused on Android Studio.

That is, the peculiarity of the process depends on which operating system you will be developing. Remember that you need to devote special time to design because the process of interaction between users and your product depends on it. To be sure that the design is done correctly, it is best to refer to https://fireart.studio/blog/vue-vs-react-in-2022/.