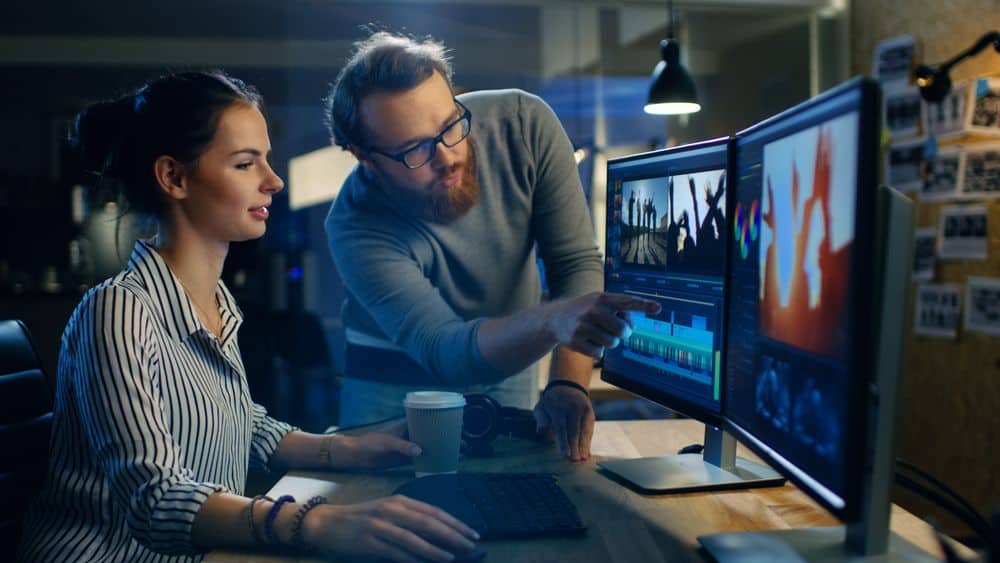 A video converter is a specialized file converter that allows you to convert one video format (such as AVI, MPG, MOV, and so on) into another while saving space. The best free video converter can assist you if you’ve found yourself unable to use a video in the way you wanted since the format isn’t supported. 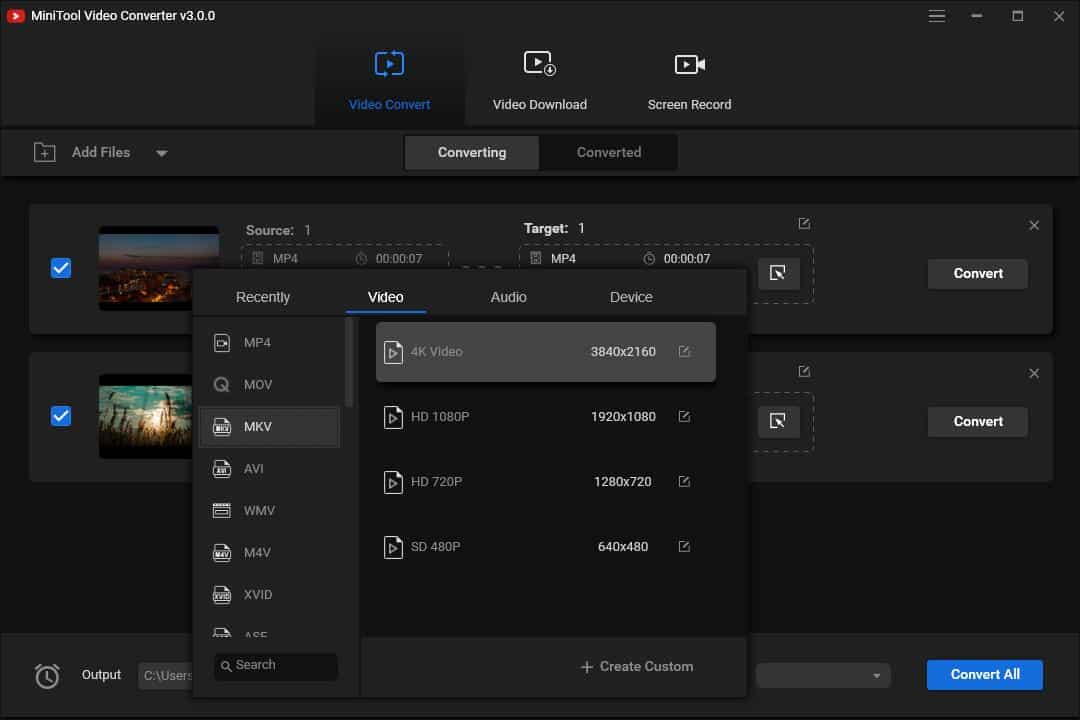 This free video converter from MiniTool supports all of the major video formats. Is quite simple to use and clutter-free.

If you need to, you can import multiple videos at once using the folder option. At the bottom of the application is a timer that allows you to specify what should happen after the conversions are complete, such as exiting the software or shutting down the entire computer.

Other features we like include the per-video conversion settings, which allow you to save each video to a different format even if you’re converting them in bulk, the Device option when selecting a format, which eliminates the need to know what file types your device supports, the option to auto-delete the source file after a conversion, and the ability to work with audio formats. 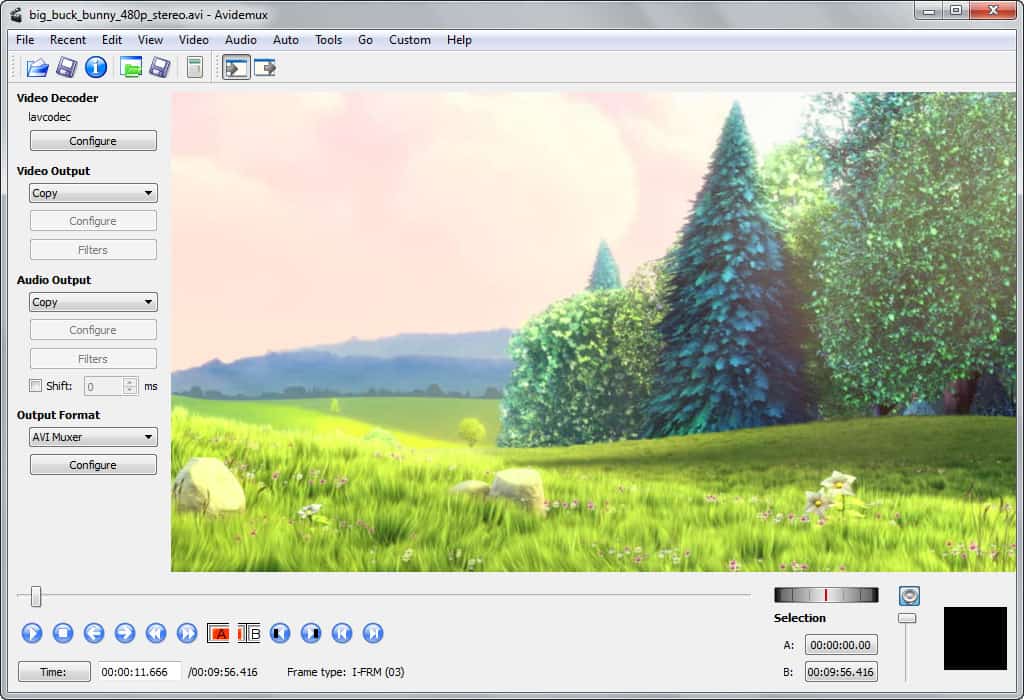 Avidemux is a free video editor with a variety of powerful and comprehensive functions, including video conversion. Import a video into the software by selecting it from the File menu. The menu items contain all of the advanced features, such as buffer size, interlacing, and threading.

The only criticism we have of Avidemux is that it can be difficult to convert videos. Avidemux is compatible with the following operating systems: Windows (10, 8, 7, Vista, XP), Linux, and macOS. 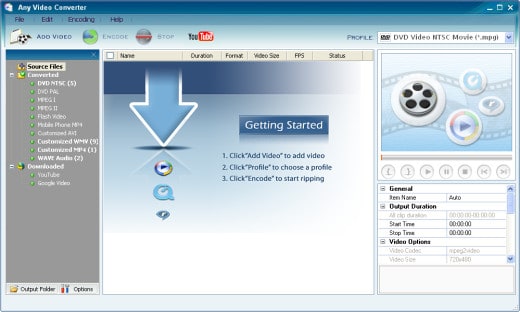 Any Video Converter is a very simple free video converter—all you have to do is select your source file and output format and you’re done. There are also a number of additional options available, such as batch conversion, file merging, and frame trimming, if you require them.

The only thing we didn’t like about Any Video Converter was the pop-up window that displayed after each video conversion, urging you to upgrade to AVC Pro in order to access more output types. Every Video Converter can be installed on any version of Windows from Windows 10 to Windows 2000. It is also compatible with Mac OS X 10.7 and later. Many major file formats are supported by iWisoft best free video converter. Add many video files to the program, and it will convert them to any common format. You can join video files together, edit them while watching the video, and then convert the files to one of the many supported formats.

One thing we don’t like about iWisoft Free Video Converter is that it opens its website every time it starts up to check for updates, and there doesn’t appear to be a way to deactivate this.

FFCoder is a free video converter with a straightforward interface that anyone can use. To convert, open a video file, a DVD, or an entire folder. Then simply select an output file and press the Start button. There are various advanced options, such as changing the frame rate and video quality/size.

If the download is in a 7Z file, you may need to open it with the free 7-Zip application. FFCoder is a portable application that runs on Windows XP and later, including Windows 10 and Windows 8. 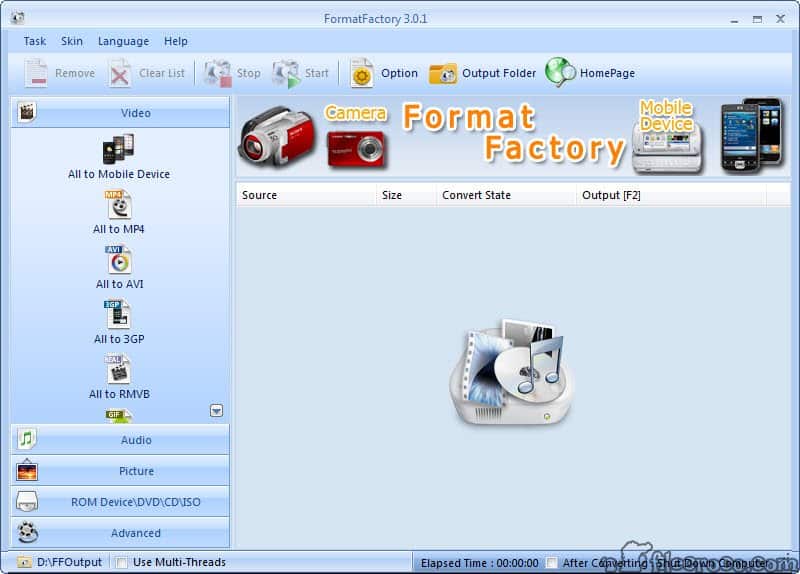 Then, after selecting the file type to which your video should be converted, load the file. Advanced features include the ability to change the audio channel, aspect ratio, and bitrate. 3GP, AVI, FLV, MP4, MPG, SWF, WMV, and many other input formats are supported. 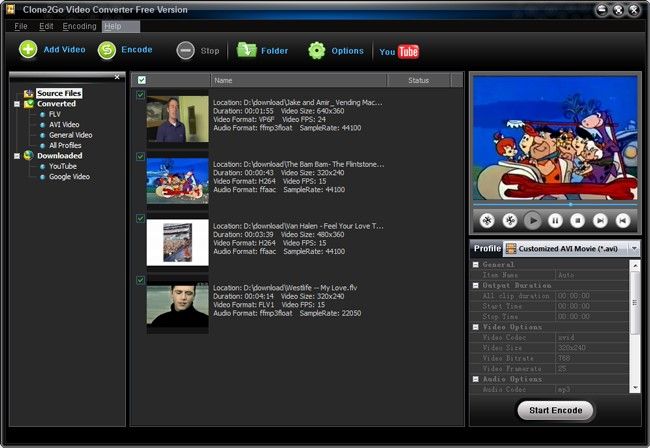 While the program looks and functions fine, after each conversion, a window appears asking if you want to upgrade to the Professional edition. To continue using the free version, you must exit this screen each time. Clone2Go Free Video Converter can be installed and used on any computer running Windows 10, 8, 7, Vista, or XP. 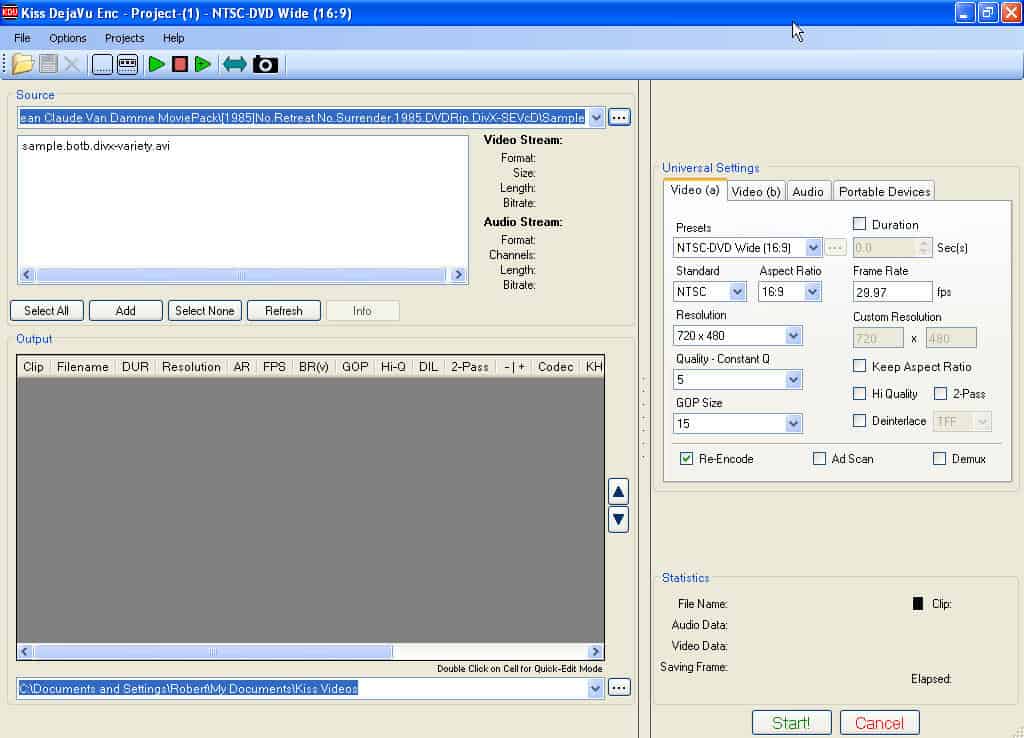 Kiss DejaVu Enc is the best free video converter that is one of the most user-friendly. Despite the fact that the first screen appears to be complex, all of the critical options are there in front of you and easy to access.

One thing we didn’t like about this tool is that instead of opening the actual file, you had to open the folder where the video file is located. This can be a little perplexing at first, but it will become second nature as you use it more. 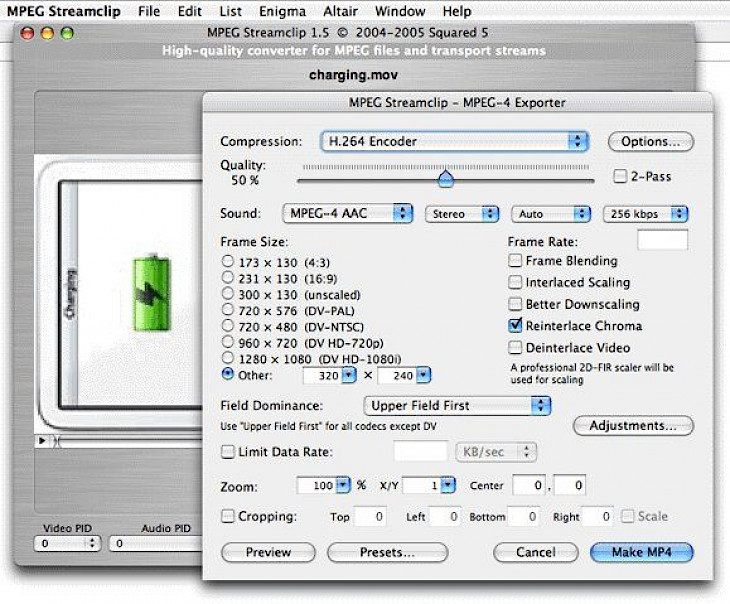 Until you discover all the sophisticated options hidden away in the File menu, MPEG Streamclip appears to be a straightforward tool. Simply load a video into the software from the File menu, then save or export it to another compatible format from the File menu. Before saving a video, you can rotate or trim it.

AVI, DV, MPEG4, and QT are examples of output formats. You can load a video file from a URL or DVD instead of converting one from your computer. MPEG Streamclip is totally portable (no installation required), however, it does require QuickTime. MPEG Streamclip is supported by Microsoft for Windows 7, Vista, XP, and 2000. 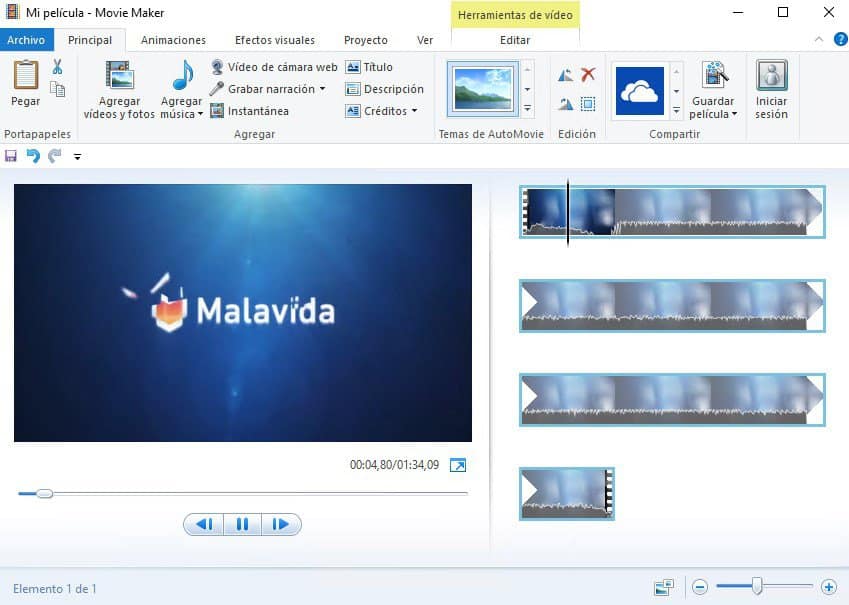 Movie Maker is part of the Windows Live software bundle and can convert videos to multiple formats for playback on a variety of phones and devices. Add animations or visual effects to video files in Movie Maker, then save the video as a new file type from the File menu. Miro is well known for its open-source media player, but it also offers a best free video converter. The UI of the Miro Video Converter is simple. Simply drag and drop videos into the software, then select the device or format to which the video should be exported. 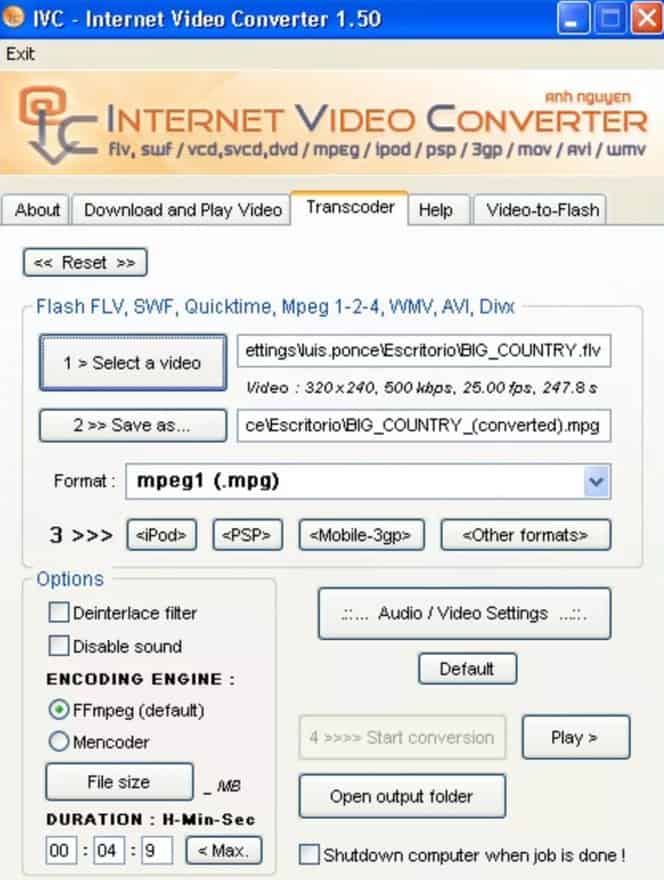 The Internet best free video converter that supports the majority of popular video formats. The program appears complicated at first, but it’s actually rather simple to use if you follow the steps. Before converting a file, select a video, choose a format to store it in, and then click Apply Format.

Open the download page and scroll down to IVC STANDARD Version to get an Internet Video Converter. There is a portable version as well as a conventional installable version.

Extensoft’s best free video converter is really simple to use. The navigation buttons are easily identifiable and understandable.

One thing we didn’t enjoy about this tool was how difficult it was to navigate through the various conversion formats to find the one we needed. 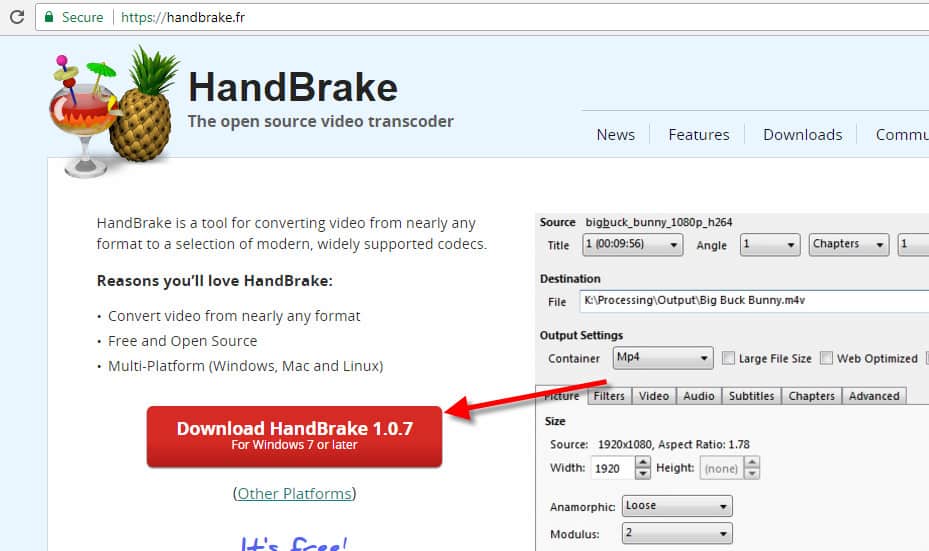 HandBrake is the best free video converter that’s super simple to use and can convert almost any video file you have into one that’ll play on your mobile device. AVI, FLV, H264, OGM, M4V, MP4, MOV, MPG, WMV, VOB (DVD), WMV, and XVID (HandBrake’s website says “most any multimedia file”) are supported as input formats. MP4 and MKV are the output formats.

HandBrake’s ability to accept so many different file types is fantastic, but it only supports two output formats. The two it does support, though, are well-known. 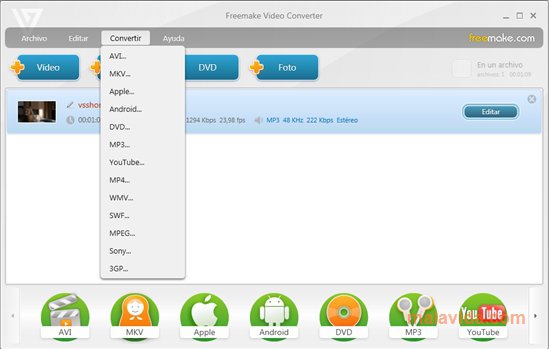 Freemake Video Converter is very user-friendly software. Simply drag and drop one or more video files into any of the output formats. Advanced features include the ability to combine files into a single file and even burn videos directly to a DVD. From within the software, you can also add subtitles and change the length of the video.

All recent Windows versions, including Windows 10, 8, and 7, as well as previous versions, should be able to operate Freemake Video Converter. Because some users have reported that the program adds a watermark to their converted videos, this video converter is ranked low on this list. We haven’t had this happen to us, but it could happen to you. 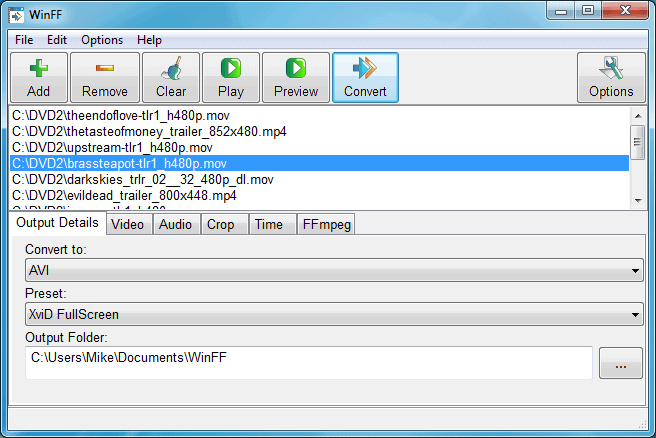 WinFF is a video converter that supports a variety of codecs as well as editing and cropping options. To import a video file, first, choose an output device or file type, then click Add. Crop or rotate the video, for example, before clicking Convert to finish.

We tested WinFF in both Windows 10 and Windows 8 and found that it performed as expected. It should also work on previous versions of Windows and Linux.

The Quick AVI Creator is the best free video converter that can convert between a number of different formats. Choose an output format after loading a file and selecting a location to save it. There aren’t many options, but when converting, you can choose which subtitles or audio tracks to use.

While Quick AVI Creator doesn’t support a wide range of file formats, it does handle the three most used ones. All Windows versions higher than Windows 2000 are stated to be supported, but Windows 7 is preferred. We attempted to use Quick AVI Creator on Windows 10 but were unable to get it to function properly. 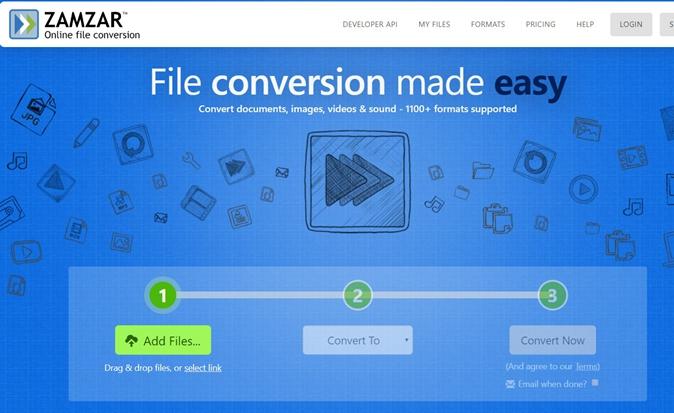 Zamzar is yet another online video converter that supports the majority of popular video formats.

The worst aspects of Zamzar are the 2-per-day conversion limit and the source file size limit of 50 MB, which is a huge disadvantage given the large size of most video files. Even for an online video converter service, we found conversion times to be a little slow. 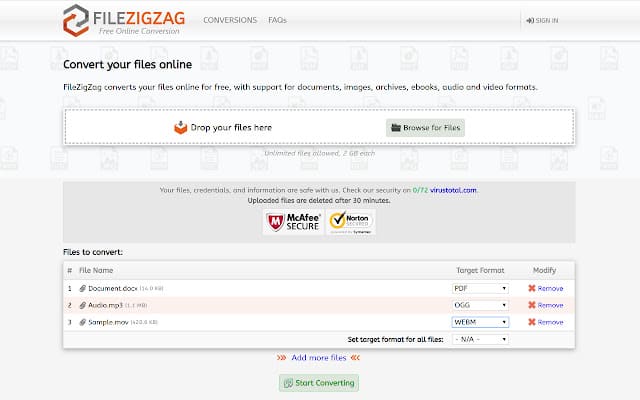 FileZigZag is an online video converter that supports a wide range of video formats. All you have to do now is submit the video file, select an output format, and wait for the download link to appear.

Because many video files are quite huge, the most significant downside of FileZigZag is the time it takes to upload, convert, and redownload the video. All operating systems that allow a web browser, such as Windows, Linux, and macOS, are compatible with FileZigZag.

The Quick Media best free video converter supports a wide range of file formats, and the program makes it easy to figure out which ones operate on various devices. Because you must hover your mouse over the numerous menu buttons to know what they are for, the application is a little tough to navigate. However, the wide range of file types that are supported compensates for this flaw in the design.

Quick Media Converter tries to install a toolbar and change your default Internet home page during installation. If you don’t want these additional modifications, select Skip All to dismiss them all. 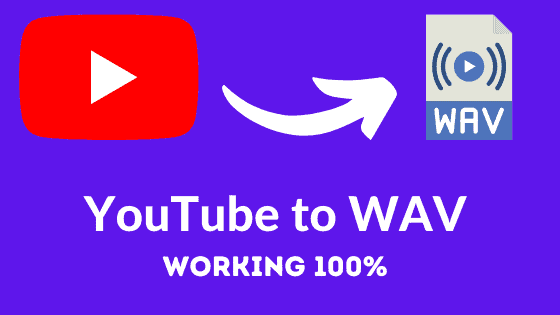 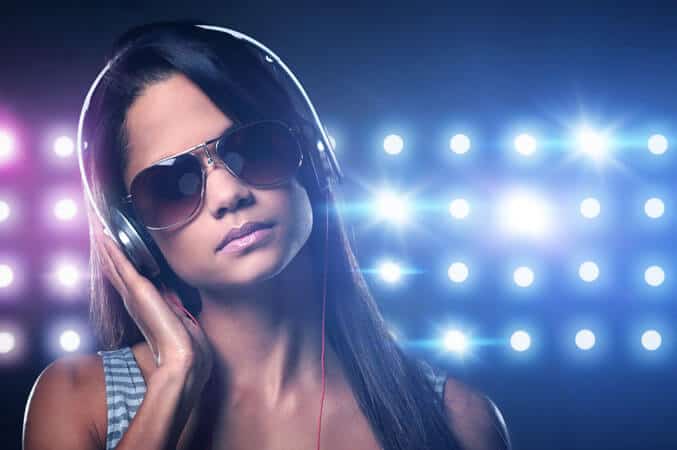 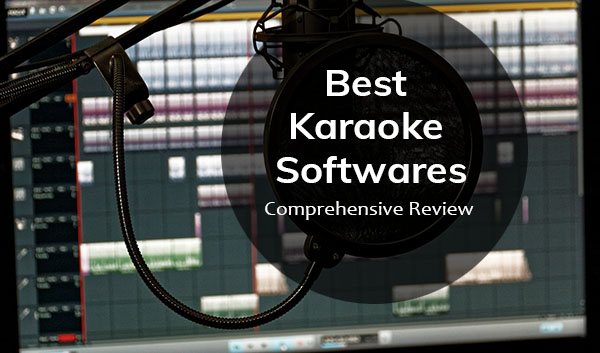