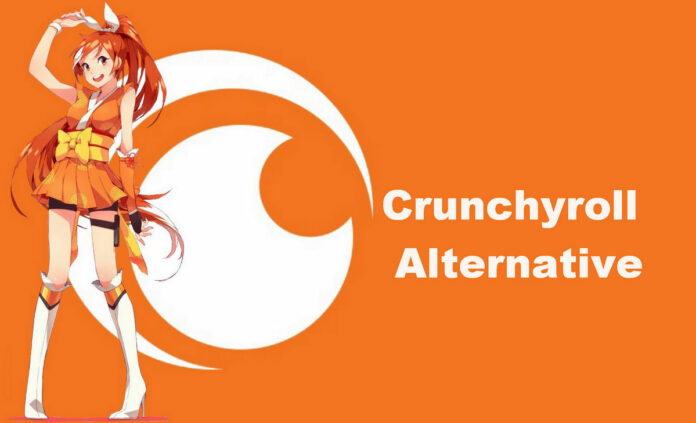 Here are some of the top sites for watching anime and manga on your PC or mobile device like Crunchyroll.

Another prominent anime streaming service is Funimation. Funimation is currently owned by Sony, which has teamed with Hulu to expand its streaming options. They previously partnered with Crunchyroll. While both Funimation provide a free option, Funimation’s cheapest premium plan is less expensive than Crunchroll’s and allows for up to two simultaneous streams. Also, signing up for offline viewing (and up to 5 simultaneous streams) on Funimation is less expensive than on Crunchyroll.

However, when it comes to functionality, the website falls short of Crunchyroll’s, especially when it comes to things like filtering anime searches. It’s also only available in the United States, so it’s not a fantastic alternative for those of you in other parts of the world.

So, how much does VRV set you back? It will cost you $9.99/month + tax to receive access to all of the content and an ad-free experience (check their main website for updated pricing information).

HIDIVE is an anime streaming service with a lower subscription and a longer free trial than Crunchyroll. You may test HIDIVE Premium for free for 30 days before paying $4.99 per month for ad-free access to exclusive content and dubs (check the main website for updated pricing information).

HIDIVE offers a good collection of dubbed content, as well as simulcasts, programs, and films. Sentai Filmworks also supports it, therefore some of their content may be viewed on HIDIVE. While HIDIVE is half the price of VRV, a VRV membership will include HIDIVE material.

So, if you are prepared to pay twice as much, you will receive far more content.

AnimeLab is a great free alternative for anime viewing, with shows available within an hour of their Japanese broadcast. It’s also a completely legal website. AnimeLab, on the other hand, is limited to Australia and New Zealand. If you live in one of those countries, AnimeLab could be a viable Crunchyroll substitute.

However, the free AnimeLab edition has several limitations. On the free plan, for example, only subs are provided, not dubbing. Additionally, advertisements are displayed while you watch, your show selection is limited, and simulcasts are delayed by one week. If you upgrade to the premium subscription, you’ll enjoy limitless ad-free programming, no simulcast delays, and the opportunity to download shows for offline watching.

Hulu does not solely stream anime and manga, but it does contain a selection of anime content, and it only costs $5.99 per month if you watch without ads (check this page for updated pricing information). For $11.99/month, you can upgrade to an ad-free subscription, but it might not be worth it for you because the anime content isn’t as diverse as on some of the other sites on this list.

Nonetheless, it is a good alternative for obtaining anime content, despite the fact that it is only available in the United States. If you already have a Hulu subscription, it could be a good Crunchyroll substitute.

Retrocrush TV is a great alternative to Crunchyroll if you’re looking for classic TV series and movies. Retrocrush is the place to go if you’re into ancient anime classics like Devil Lady from 1998. It contains both subtitled and dubbed movies and episodes, and searching by genre makes it simple to discover what you’re looking for.

It has a solid free collection, but if you want an ad-free experience and unrestricted access to retro anime content, consider paying $4.99 per month or $49.99 per year for the premium membership.

Netflix, like Hulu, isn’t focused on anime, and their anime selection isn’t extensive. That isn’t to say you won’t be able to locate some great anime on Netflix. If you already have a Netflix account, don’t rule out Netflix as a Crunchyroll alternative, especially if the anime you desire is also on Netflix.

Viz Media is a huge anime content publisher, not simply video content. Viz Media allows you to read as well as watch anime. If you’re looking for a Crunchyroll substitute, you’re presumably interested in anime, so go to the Watch section to check what’s new on Viz.

You can also use the search box at the top of the page to look for a title or character. Seasons and episodes can also be downloaded. If you want to read anime, go to the Read section, where you’ll find a plethora of titles ranging from adventure to mystery to romance.

YouTube, like Hulu and Netflix, is a great location to get anime video online. Crunchyroll and Funimation, for example, both have YouTube channels where you can watch anime-related stuff. You may get anime on a variety of other channels, and you might even be able to find episodes of your favorite shows on YouTube by simply searching for them.

As you can see in the screenshot, fully dubbed episodes are frequently available. YouTube is free to use, plus it has a lot of funny tidbits and anime content that it doesn’t have.

Anime-Planet is a fantastic site for finding all types of anime-related stuff, as well as watching anime online. You can read reviews of anime shows and get recommendations about what to watch on Anime-Planet. The best part is that there are over 45,000 legal anime episodes available to stream. Signing up is free, and once you do, you’ll be able to find popular and trending anime content as well as track your watching and reading progress. Anime-Planet is an excellent alternative to Crunchyroll for anime and manga aficionados.

AniPlus Asia is a fantastic Crunchyroll substitute with an active community. It includes a large range of excellent anime shows and allows you to connect with others through Japanese anime. It’s a nice alternative to Crunchyroll because registration is free. It also features a fantastic store with a wide range of anime-related items and much more.

Nicovideo, often known as Niconico in Japan, is a website where you can watch anime. Because everything is in Japanese, it might not be as interesting if you don’t speak the language. However, if you’re looking for a Japanese-language alternative to Crunchyroll, this could be the right fit.

Wakanim is a streaming service based in France that also offers an anime service. People living in the United States, however, are not able to access it. Wakanim used to be available in the United Kingdom, however it was shut down. You can’t use Wakanim unless you live in one of those countries.

Wakanim is limited in most places because it legally broadcasts all anime and has full rights to broadcast anything it streams. As a result, they must cope with legal constraints and rights. They do, however, have a solid collection of anime, and they’re rather popular in those nations among anime fans.

Prosieben Maxx is a German online streaming service that also includes an anime station. It’s a great alternative to Crunchyroll for people searching for a German-language option, though it’s also available outside of Germany, and you can use Google Translate to instantly translate the entire website so you know what the content and titles are about.

Prosieben Maxx is an online German streaming station which also features an anime channel. This is a fantastic alternative to Crunchyroll, but it is also accessible outside of Germany, and you can use Google Translate to instantly translate the whole website so that you can comprehend what the text and titles are all about.

I said earlier that Hulu, and Netflix in particular, can be fantastic suppliers of some anime films. The same applies to Amazon Prime. Although Amazon Prime is not inexpensive, its subscription includes a large number of videos and movies, including several anime programs. Click on Genres > Animate to browse select anime movies and movies available for rent or purchase from Amazon Prime customers.

Moreover, if you have Amazon Prime, you can enjoy two days’ free shipping on many Amazon products (in the US). The next day, you can even enjoy a wide choice of things. However, you must only pay $6.49 a month or $59 a year, which is a much lower rate if you are a student.