XML is a useful toolkit for developing websites, e-commerce, and cross-platform portable apps. In this article, we’ll look at a few XML editor range that will help you work more efficiently with XML.

You can store data and render content for different devices using XML editor. HTML, for example, is a markup language that uses XML’s syntax but has its own semantics. When creating a product feed in web applications like Shopify, XML is used.

Product feeds are XML files that contain information about your store’s products. To synchronize with the platforms, XML files are sent to various merchants such as Amazon and Google Shopping.

Because XML is so important in application development, most modern frameworks use it for data feeds. You must edit and perform calculations with a large XML file. XML Editors are specialized tools for editing XML files with DTDs and various structures such as schemas and trees. 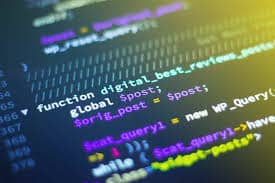 The best XML Editor range with free, open-source, and premium licenses are listed in this article. Oxygen XML is a Java-based cross-platform editor. It has a number of features for editing XML documents, including:

The XML elements are human-friendly while editing in this view, while still maintaining XML’s nesting and semantics. XML Notepad is an open-source XML editor. The left pane has a tree view and XSL Output, while the right pane has node text. At the bottom, there’s an error-debugging window. It includes an editable Tree View with updatable node names and values, which can be updated in the node text view. 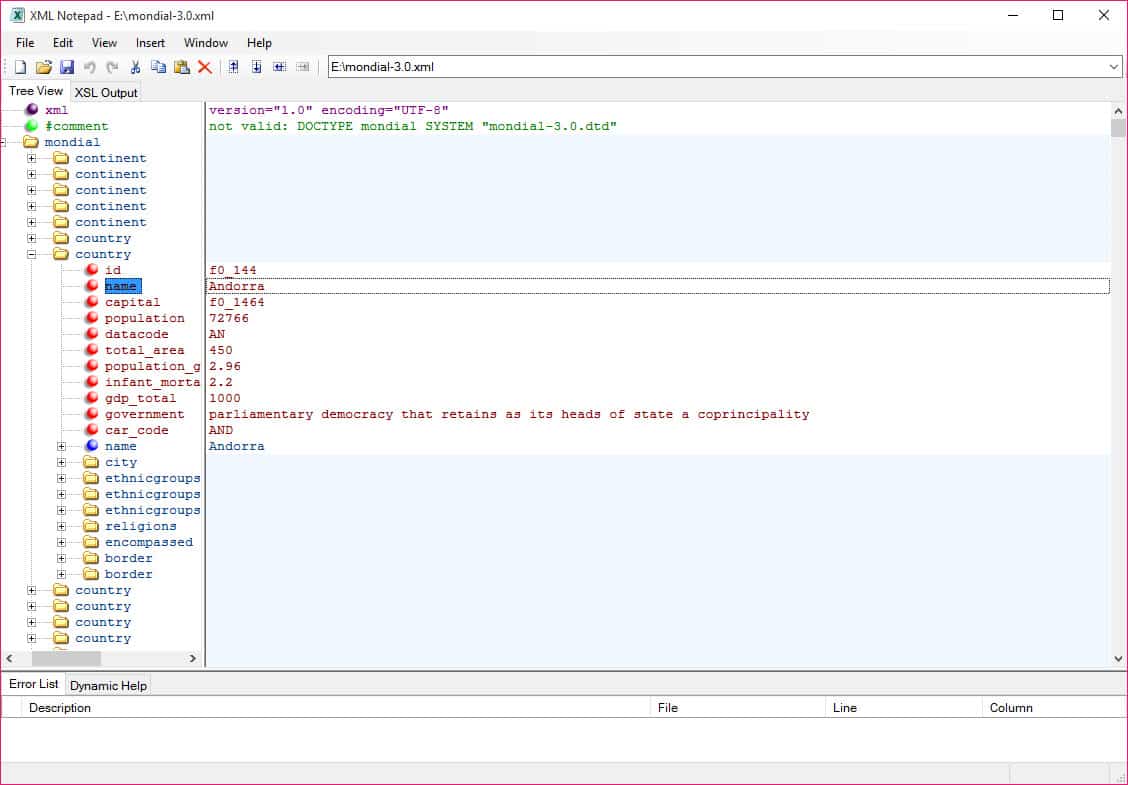 Notepad++ is a GPL-licensed text source code editor. It has high performance because it is based on the Scintilla editing component and is written in C++. For programming, scripting, and markup languages, it includes syntax highlighting, code formatting, code folding, and minor autocompletion. However, it lacks intelligent code completion and syntax checking.

Notepad++ now includes the XML Tools Plugin, which adds a set of useful tools for editing XML documents based on libXML2. Search for “XML tools” in Plugins -> Plugin Admin and install the plugin. The plugin validates XML, XSD, and DTD documents for format and syntax. It supports the current evaluation of XML Path and Xpath expressions. Stylus Studio is a C++ IDE for the Extensible Markup Language (XML) ( XML ). It comes with a proprietary licence that costs $99. It lets you edit and transform XML documents, as well as data like electronic data interchange (EDI), CSV, and relational data.

XQuery Editing, XQuery Mapping, and XQuery Debugging are all included. Text View, Tree View, and Grid View are the three XML views available in Stylus Studio. For code folding and syntax colouring, the tree view is used. When working with large XML files, the tree view comes in handy. When doing calculations and viewing your XML file in a spreadsheet, Grid View is more useful. Apart from HTML, Perl, Ruby, Python, and Java, Komodo Edit also supports XML. It’s simple but effective. The layout is uncluttered and intuitive, and the code completion is excellent. It has a paid version called Komodo IDE that includes features like unit testing, synchronisation across multiple workstations, and integration with GitHub and BitBucket.

For setting bookmarks in a file, Komodo also supports bookmarks and marks inspired by Emacs. You can undo a change if you keep track of it. When the document is under revision, the tracker margin incorporates Source Code Control (SCC, IDE, possibly) changes. The tracker edge displays changes since the last submit if the archive is in SCC. Kate has a lot of XML plugins. The XML validation plugin will look for warnings and errors in the XML file, which will be displayed in the Kate window. Kate has another plugin called “XML Completion,” which checks and verifies whether an XML file follows the DTD. The plugin is based on libxml, which is invoked by the xmllint command.

It’s an online XML editor that offers a variety of features, including:

It also allows you to double-check the paths. It also converts from XSD to XML, XML to Excel, and JSON to XML. It includes a JSON editor as well as a viewer. Browserling.com has created an online set of XML tools called Online XML Tools. Your XML document can be prettified, minified, and validated. You can convert XML to YAML, JSON TSV, Base64, and CSV, as well as the other way around. With a long list of useful features such as truncating over XML, working with XML and SQL, and visualising XML, the tool appears promising.

Adobe FrameMaker is the company’s XML and DITA tool. It includes a WYSIWYG XML design editor for both beginners and professionals. It includes key shortcuts for moving between DITA documents. It has structured views for nodes and attributes of XML data that are user-friendly for beginners. It also supports media files, CSS3, markdown, and easy embedding of Youtube videos. By converting XML to DITA content, which can then be rendered as a PDF, it can also be used as a PDF editor.

XMLSpy is best known for being a JSON and XML editor. It has a schema designer and editor built in. It integrates with Visual Studio and Eclipse. An XPath builder, validator, evaluator, and debugger are all included. From XML data, it can also create visual charts.

The SmartFix XML validation feature of XMLSpy is unique in that it detects XML errors and automatically corrects them based on your selection. ExtendsClass is a free developer toolkit. This tool lets you compare XML nodes and see how they differ semantically. Editix is a feature-rich open-source XML editor that includes an XSLT editor, a Debugger, an XQuery editor, a grid editor, and a visual Schema Editor, among other things. The global view is the Editor’s primary interface.  The manual can be found here, along with screenshots.

They also have a free online tool for XPath testers, and they’ve added a new option for creating XML documents from JSON in the latest version. The W3C Schema editor can be used to create schema from an XML document. Professional licences start at $119 for small businesses and go up to $1,500 for enterprises. They also offer an academic licence for $39, which you can apply for using your.edu email address if you’re a student. 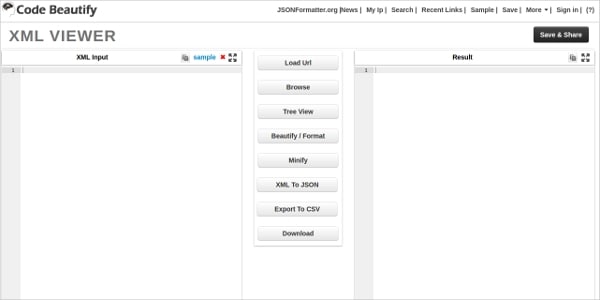 Codebeautify comes with a number of tools, including a minimalistic XML viewer. It’s more suitable for quick editing. An XML file can be loaded from a URL or a browser. It creates an XML tree view and allows you to convert XML to JSON. Validation and minification of XML syntax are included. They also have an XPath tester available online.

As you can see, there are a plethora of XML editors available. When it comes to selecting the best XML editor for your development, you must select an option that is appropriate for your needs. Determine whether you’re purchasing the editor for yourself or for your team, the features you require, and the amount of time you’re willing to save.